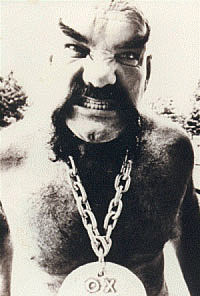 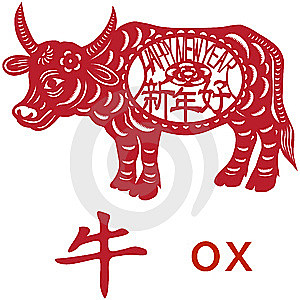 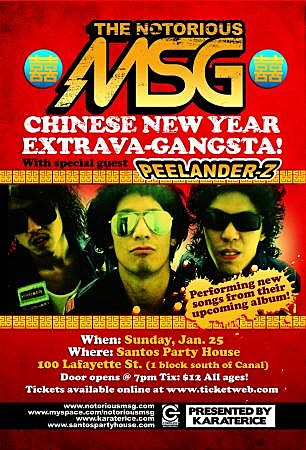 If you're still recovering from December 31, there's no need to worry about having to do it all over again. The Chinese New Year celebration for the Year of the Ox -- which begins on [Monday] January 26, 2009 (year 4707 on the Chinese calendar) -- is more laid-back than the usual Dick Clark spectacle...

New York: January 26, February 1. More than 400,000 fireworks will rain down over Manhattan's Roosevelt Park on January 26, while a parade is slated for February 1. On that day, some 500,000 spectators will watch martial arts performances, traditional dancers from Mexico and Bolivia and live bands playing from decorated floats -- all while a continual burst of confetti poppers fills the streets with brightly colored paper. The January 31 parade in Flushing, Queens, brings together all of that borough's East Asian groups, and Brooklyn's 8th Avenue Chinatown hosts the most homegrown parade in New York, with the whole neighborhood taking to the streets in celebration. [CNN]

Notorious (B.I.G.) is in theaters.

Terry Chimes of the Clash was born today in 1955.

Ox Baker was most feared for his dreaded Heart Punch.

Animal Collective's official video for "My Girls", below...