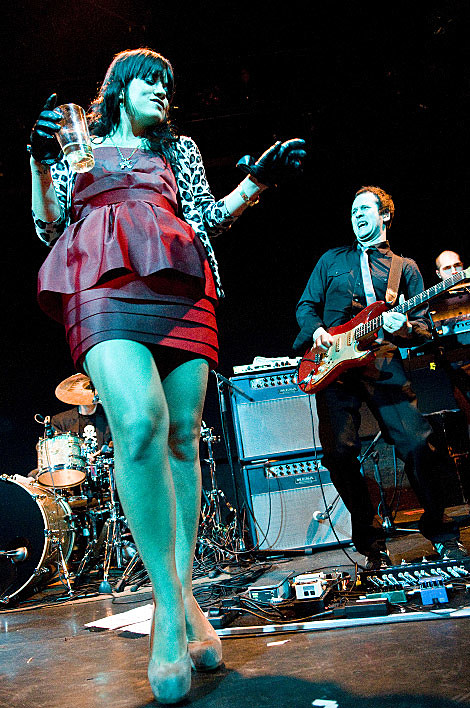 "The daughter of a diplomat, Malian singer Rokia Traore grew up assimilating European and African cultures, and in her 10-year career, she's developed a sound that uses elements of Malian tradition in her own way. Traore's fourth album, Tchamantche, is just out, and it's her best and most daring work." Rokia plays the early show at LPR tonight. John Wesley Harding, Eugene Mirman and friends are the late show.

Ben Sollee will be back in April to play Le Poisson Rouge.

Joly posted some new live No Age videos. Watch them below...

No Age - Everybody's Down

No Age - Sick People Are Safe