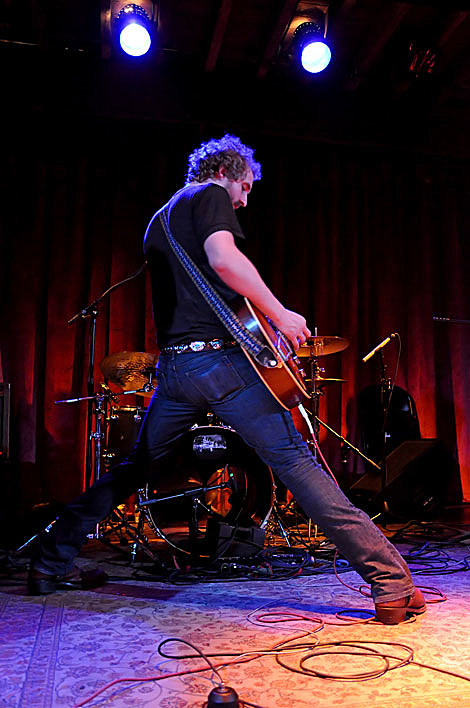 SXSW started out right. I arrived in Austin late last night, but not too late to make it to a free Decemberists show (an IFC party) that I found out about via text message on my SuperShuttle ride from the airport to the hotel (Gomez played the same show before I got there). The Decemberists played a mix of old and new songs. Tonight at Stubb's is when they'll be playing their new album from start to finish for the first time (in NYC it will be at Radio City Music Hall).

The streets of Austin were filled with drunken St. Patrick's Day/spring break/SXSW partiers. There was lots of green everywhere which reminded me that I forgot to say Happy St. Patrick's Day yesterday! I did post the Pogues pictures though (which reminds me - the Decemberists also played a Pogues cover for in honor of the holiday).

Flights to and from SXSW are always fun because your bags are guaranteed to be sharing the overhead compartment with various instruments, and there is always at least one obvious band speaking a not-English language on the plane, and there's always at least a few familiar faces. Bruno Wizard of the Homosexuals (playing 6 shows at SXSW) was the most recognizable one this time. Bill Pearis is on a flight to Austin (with Rachael Ray) (who has her own party) as I type this.

Today in Austin is our BrooklynVegan day party at Emo's (It's on the smaller/inside/Jr/whatever-they-call-it stage. Fat Possum's party is on the main stage - both free) (BV flyer below), and then our official SXSW showcase at night (which includes the only non-NYC/CA performance of Phoshphorescent's new Willie Nelson tribute album from start to finish).

Video of Phos performing "Too Sick To Pray" at an Ohio show earlier this month, below... 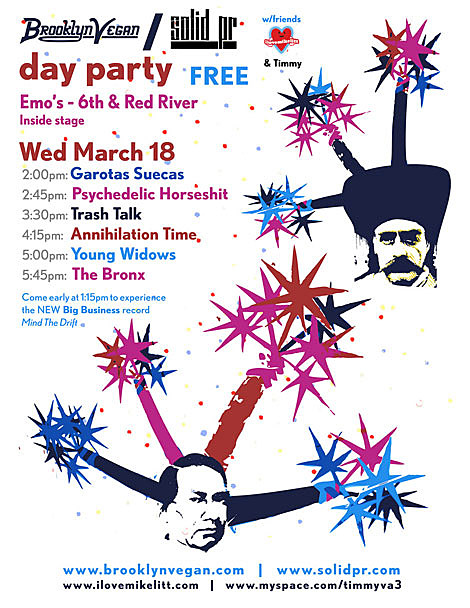 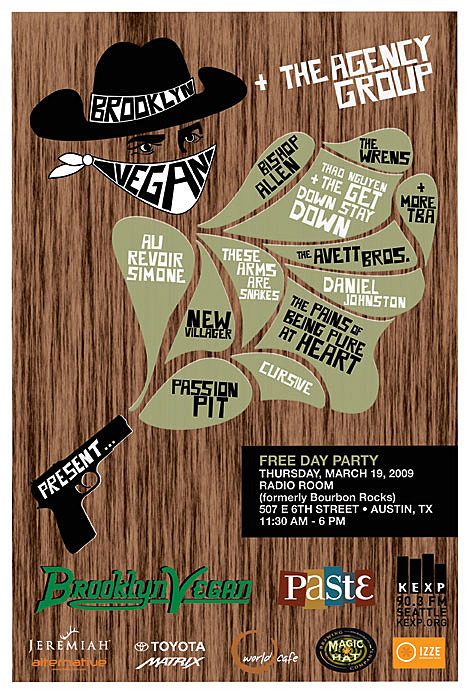