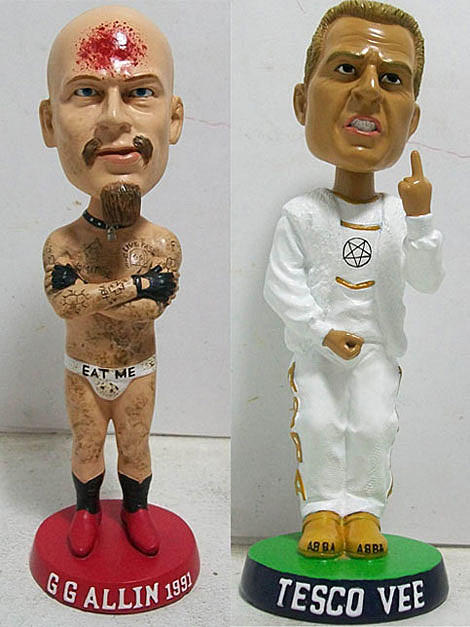 A belated shout for...

Stephen Bruton, a real-life guitar hero who played with everyone from Kris Kristofferson to Elvis Costello, died Saturday [May 9th] in Los Angeles.

The Fort Worth native was 60 and had been in California working on the soundtrack to Jeff Bridges' new movie, Crazy Heart, said his wife of 13 years, Mary Keating-Bruton.
[Fort Worth Star-Telegram]

Completely unrelated, but sorta cool: the GG Allin and Tesco Vee bobbleheads you see up there.

Momus is performing a three-hour career retrospective at the Highline Ballroom tonight; check out a poster for the event, below...

Thrones opened for A Storm of Light and Wolves in the Throne Room at Europa the other night. Video below... 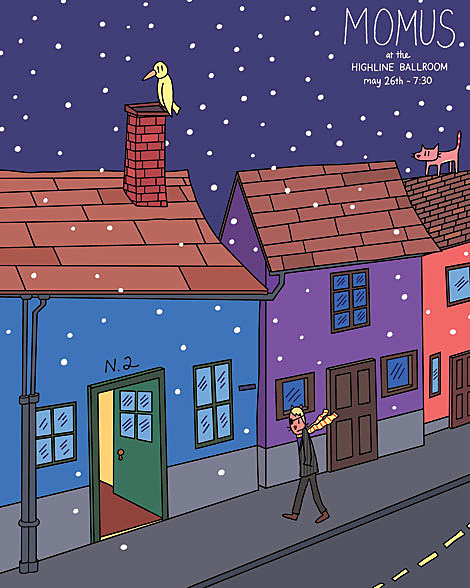