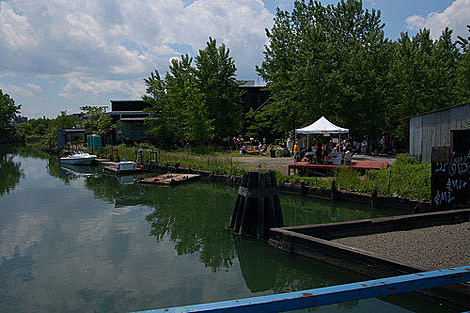 Tonight, Cake Shop is Free for people born in May. Tyvek for free.

It's Grey Gersten's last night curating The Stone -- Japanese tape artist Aki Onda closes. Next up is Melissa who used to own Tonic.

The Bang on a Can Marathon is taking place at the World Financial Center Winter Garden from noon to midnight. Tortoise, who played the Bell House last night, headline. All Tortoise dates HERE.

A Night to ReMEMEber

Dress up as your favorite meme, viral video or internet star for the pre-Internet Week costume party!
DATE: Sunday, May 31, 9:30pm-midnight
WHERE: M1-5, 52 Walker Street, 10013
Serious Bu$iness will be DJing and a special performance by Meme Factory
More details/updates: http://memeparty.tumblr.com/

The Beets are playing a one year anniversary house party in Brooklyn. Flyer below...

Your Nature just completed a residency at The Annex. A video from their May 20th show below...

Spacecamp played with them at the same show. Video of them below too.... 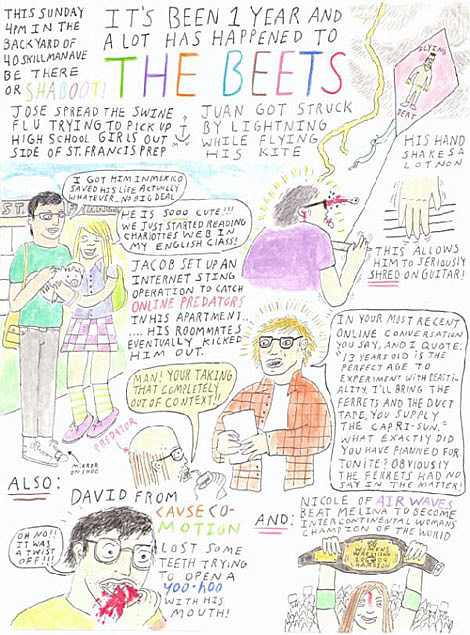 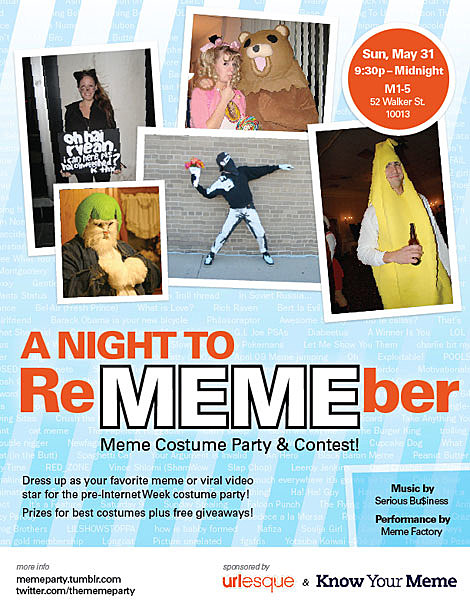