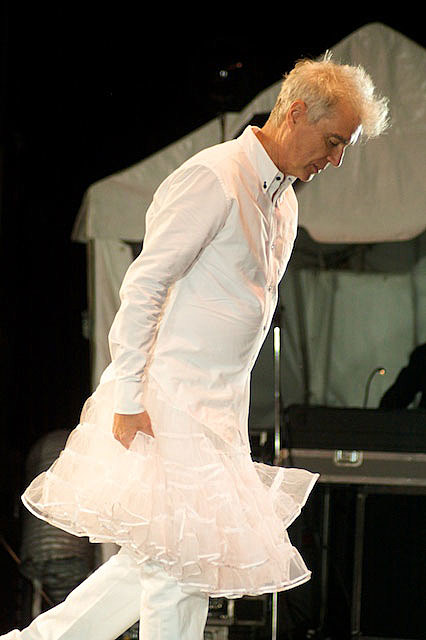 Other Music changed one detail about getting tickets to the Dirty Projectors in-store. Those albums are now going on sale TONIGHT. You need to go buy an album to get into the show.

Femi Kuti & the Positive Force and BLK JKS AREN'T playing Irving Plaza tonight -- but they will be there tomorrow.

Holiday Shores are in town from Florida. They have a bunch of shows scheduled including tonight at Cake Shop and tomorrow at Pianos with Jack Penate.

Who is playing the Williamsburg Waterfront this year?

We premiered the new James Yuill video yesterday. It's below again in case you missed it....

Peaches' new video for "Lose You" below...