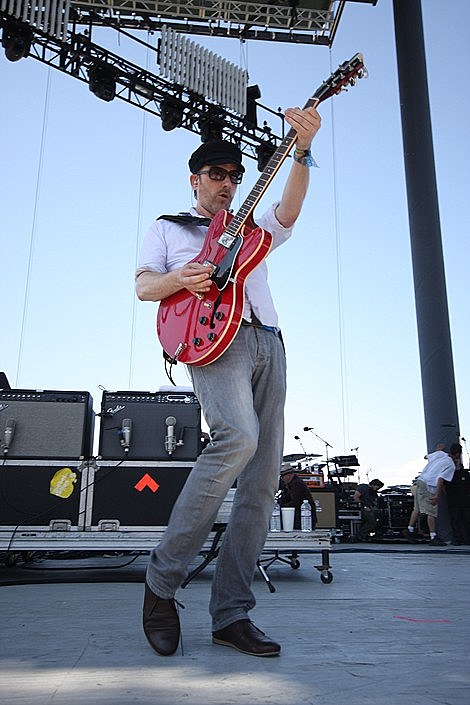 As Bill mentioned, Santos Party House has a show tonight with pow wow!, The Postelles, Samuel and DJ B-Roc, the last three of which are featured on Andrew W.K.'s DAMN! The Mixtape. Postelles and Samuel each contibute a track, while B-Roc & The Knocks drop nearly half a dozen remixes.

Care Bears On Fire played the Brooklyn Public Library earlier today, while down Flatbush Ave the BAM Rhythm & Blues Festival kicked off with Lakeside. The R & B fest will take place every Thursday at noon till August 6th at Brooklyn's MetroTech Commoms. Catch Allen Toussaint next week.

The new Skeletons video for "HOUSEGUESTS" aka "RIPPER aka the Pillows," and Walter Schreifels covering the Smiths (at one of his recent shows), below...