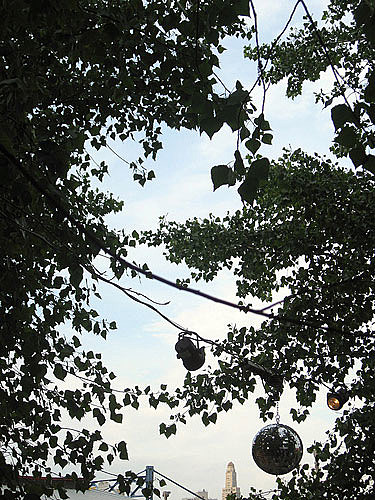 Studios are open in Bushwick

It's Day Two of the Renegade Craft Fair.

There's also a "Loving Day" party at Solar One.

Marc Ribot is one of those artists taking a walk for Issue Project Room today.

Allen Toussaint is playing a free show this week.

Earl Greyhound are also playing the Afro-Punk festival this summer.

Yo La Tengo have a new album coming out.

Street Sweeper is opening for Jane's Addition and Nine Inch Nails on their current tour. Video of them in Mansfield, MA performing a completely unnecessary cover of M.I.A.'s "Paper Planes" below...

This happened at the same show where Perry got hit with the bottlecap.