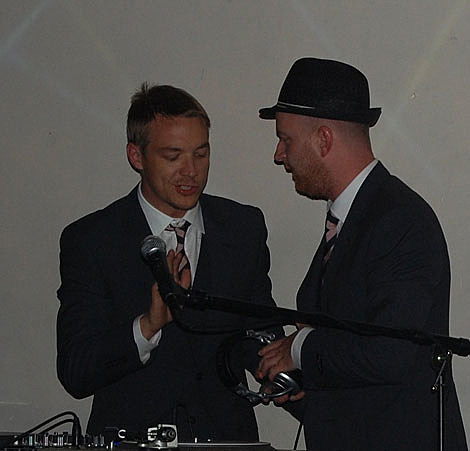 Tonight is the last night of the Vision Festival.

And its your last chance to go to Black Betty.

Major Lazer, aka Diplo and Switch, play an in-store at Other Music. The show is free, but capacity is limited -- the store writes "Anyone who pre-orders the album will be guaranteed entry." The pair performed on Saturday, June 13th at SOB's.

Pianist Dave Brubeck plays tonight at 92 Street Y. The gig, which offered a discounted tickets to those under 35, is sold out. You can do better than cheap though -- Dave plays a free show on August 5th at Damrosch Park as part of the Lincoln Center's Out of Doors Festival.

Another pianist, Bruce Brubaker, plays music by William Duckworth and Philip Glass at a CD release show for his new Time Curve record on Arabesque Records. Tickets are still available.

Tonight The Dead Science play their first of two NYC shows at the Studio at Webster Hall. The band travels to Brooklyn's Death By Audio tomorrow for a show with Skeletons, From Bacteria to Boys and Charlie Looker.

Lots of people listened to an MP3 at the same time on Roosevelt Island. Improv Everywhere was behind it, and they documented it in the video below...