NY Dolls @ the Varvatos Store in May (more by Tim Griffin) 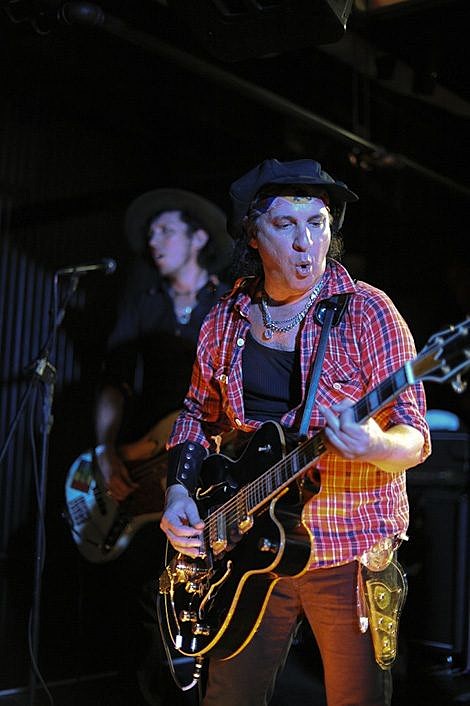 As mentioned a few times, Triumph The Insult Comic Dog was at Bonnaroo. You may have caught the segments he filmed for Conan O'Brien. If not, you can watch the hilarious clips below...

"Anna Ternheim's sophomore US release, Leaving on a mayday, will be released this summer! Produced by Bjorn Yttling (of Peter, Bjorn, and John), Leaving on a mayday will be in US stores August 11, 2009." She played the Bell House on June 18th. Tonight she is at Joe's Pub.

The Roots keep at their regular Highline Ballroom gigs. This week's show is on Monday, not Tuesday. The group goes back to the regular night next week -- through November.

Miike Snow, The Maccabees and Hatcham Social perform in a repeat lineup of Saturday's show - tonight at the Mercury Lounge.

Tonight is the last night of the Ted Leo & the Pharmacists/Titus Andronicus tour that played the Kearny Irish Ameican Association on Sunday. They play tonight at Maxwell's. Both will be back in NYC soon -- Ted Leo plays Hudson River Rocks on July 23rd and Titus plays the Whitney on July 10th.

Signal performs early and late sets of Steve Reich's Double Sextet, the piece that won 2009's Pulitzer Prize for Music, and its 1984 counterpart, Sextet, at LPR tonight. A video of Reich's Piano Phase performed at the venue in April, below...