The Drums @ Cake Shop in May (more by Dominick Mastrangelo) 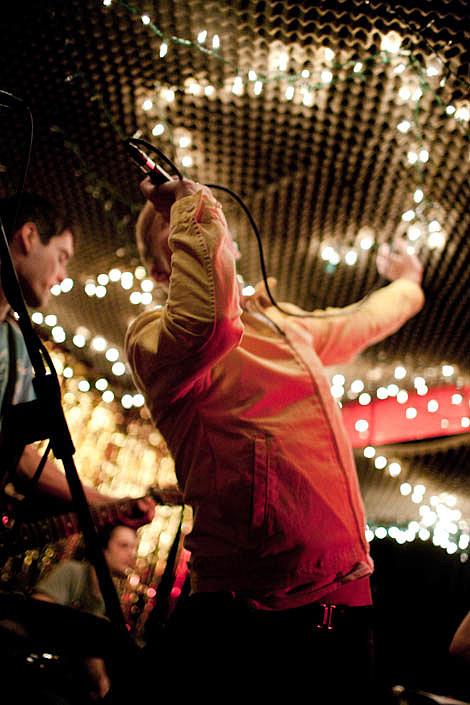 New music ensemble Build collaborates with Greta Gertler at Joe's Pub. On the program, "In addition to performing separately, Greta and Build will join forces in premiering new string arrangements by Build's Matt McBane for songs from Greta's forthcoming album The Universal Thump."

Santos part-owner Andrew W.K. (who tends to hang around the club a lot) won't be there. He's in Vancouver, BC, appearing at the release show for his split 7-inch with Nardwuar & The Evaportors. That record, A Wild Pear, comes out today.

Yesterday, we posted a video of Triumph at Bonnaroo. Another video of the Insult Comic Dog, with clips of Dirty Projectors and A.A. Bondy at the fest, below...