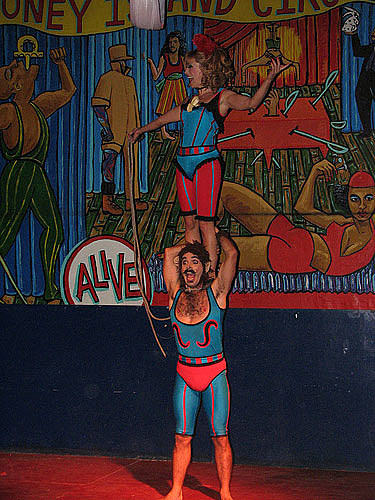 "Fireworks burst into the night sky above New York with a kaleidoscope of colors shooting 1,000 feet into the air on an Independence Day that began with the Statue of Liberty's crown opening to the public for the first time since Sept. 11, 2001." [AP]

The Brooklyn Afro-Punk Festival get into its second of three days. Living Colour is no longer on the bill though. Monday you can catch Saul Williams and Janelle Monae.

"Reporting from Washington -- A day after Alaska Gov. Sarah Palin resigned, a federal official in her home state dismissed one potential explanation for her sudden and unexpected resignation: a rumored FBI investigation into the former Wasilla mayor on public corruption charges." [LA Times]

The Entrance Band opened for Sonic Youth on Friday night. Tonight they headline their own show at Southpaw.

Zs played Death By Audio on July 3rd. Video below...