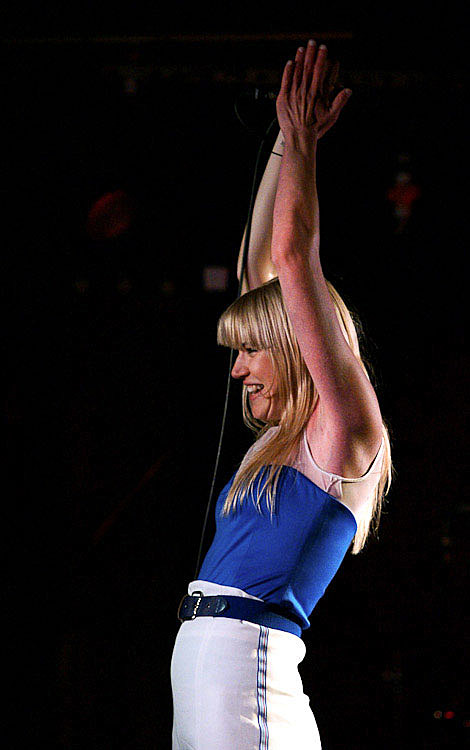 Free music tonight includes KRS One performing in Crotona Park, Frankie Negron in Robert Wagner Park, Jonatha Brooke at Madison Square Park, and Bright Brown and Phil and the Osophers before a screening of 24 Hour Party People at the McCarren Park Summerscreen.

Short acoustic sets from The Fiery Furnaces, Peter Stampfel & the Ether Frolic Mob and Larkin Grimm are on the bill for the Lowbrow Reader release party at Housing Works Bookstore Cafe tonight.

Malajube plays Maxwell's with The King Left. The Montreal band will be at Brooklyn's Littlefield on Friday.

Sean Bones celebrates the release of his new CD with Hesta Prynn and Kuroma at Glasslands.

Mannequin Men and Davila 666 play the last of their recent NYC run tonight at The Studio at Webster Hall with Beach Fossils and The Back C.C.'s.

There's lots of indie pop tonight between Casper & The Cookies & Co. at Bruar Falls, My Teenage Stride, The Drums and more at The Bell House and The Grates' Pianos stint (with Sissy Wish opening).

Get ready for the Gathering of the Juggalos (video below).

2009 Gathering Of The Juggalos Infomercial