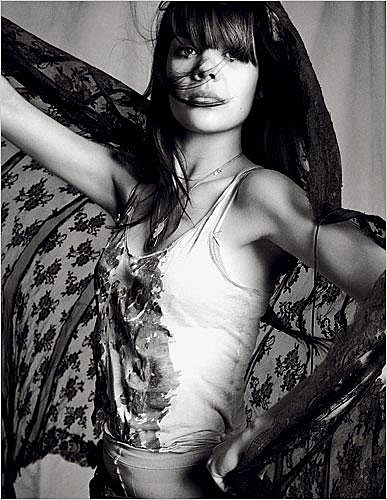 The xx's last warm-up before their Seaport gig on Friday comes tonight at Pianos with Royal Bangs, Katy Gunn and City Riots.

Bat for Lashes's North American tour visits Webster Hall tonight. Other Lives, who played a show at Union Hall last night, open. Bat for Lashes is up for an MTV Video Music Award.

Tickets are on sale for the show Regina Spektor is playing at Radio City Music Hall. Yeah Yeah Yeahs too.

Steven Tyler from Aerosmith is still out of comission.

The Sidewalk Cafe's Antifolk Festival continues with Dots Will Echo, The Relatives and others.

The Starlight Mints and JP Inc (formerly Pleaseeasaur) play a Bowery Ballroom show with Wye Oak, who return to the venue on their tour with Blitzen Trapper this fall.

Steely Dan make up their canceled July 29th show with a gig tonight that's the last of their ongoing Beacon Theatre run.

"The host of a television crime show in Brazil is under investigation for allegedly ordering killings to boost the popularity of his show. Wallace Souza is a state lawmaker who hosted Canal Livre which aired in Manaus, in a remote Amazon region. Police say he is suspected of trafficking in drugs and commissioning at least five murders aimed at simultaneously boosting his show's ratings and killing off his competition in the drug trade." [Voice of America]

Yo La Tengo's video "Avalon Or Someone Very Similar" is posted below.

Yo La Tengo - "Avalon Or Someone Very Similar"