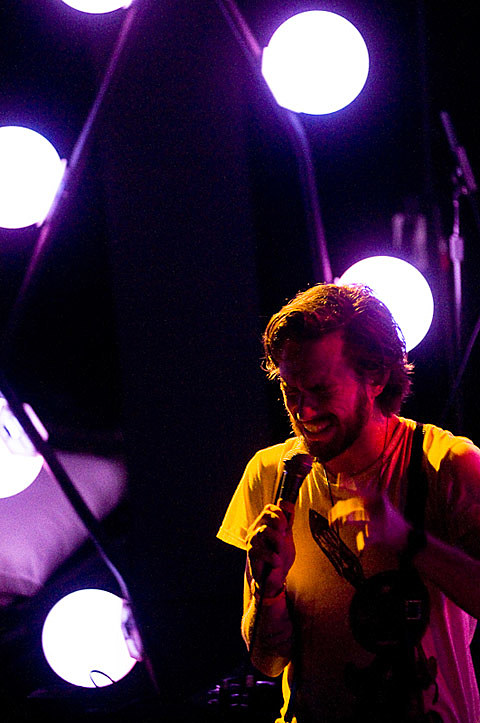 Rakim, DJ Souljah and U-God play Highline Ballroom, while De La Soul's Three Feet High And Rising anniversary tour comes to Nokia Theatre with a 10-piece band and Buckshot. A video of "Me Myself and I" on Arsenio Hall is below.

Canyons and Justin Miller & Jacques Renault appear at a People Don't Dance No More party aboard Rocks Off Concert Cruise. Canyons was last seen over the weekend at Central Park Summerstage.

Brits Friendly Fires and The xx play Music Hall of Williamsburg. Last night the show was at Le Poisson Rouge.

Ida Maria visits Maxwell's with Franz Nicolay (who plays Union Pool tomorrow). She'll be back in the NYC-area on September 16th with the Perez Hilton tour, which today added Semi Precious Weapons to the bill.

San Diego's Lights On have a series of NYC shows this weekend. One is a Saturday Union Hall show with Beach Fossils and Blind Man's Colour (who play tonight at Cake Shop). Catch Lights On tonight at The Annex with Gliss, Purcane and Automatic Children.

Jazz combo Mostly Other People Do the Killing play at Zebulon tonight.

"Next to nothing is known at the moment about "These Are My Twisted Words," the purported new Radiohead song that mysteriously appeared online last night. Unlike "Harry Patch (In Memory Of)," which Radiohead surprise-released almost exactly one week prior (hmmm), this one seems to have materialized on various illicit music hubs without any official announcement or acknowledgment from the band." [EW]

Radiohead's new mystery song "These Are My Twisted Words" is posted below, as is a clip of Bonnie "Prince" Billy on Tim & Eric's Music Express segment.

Radiohead - These Are My Twisted Words