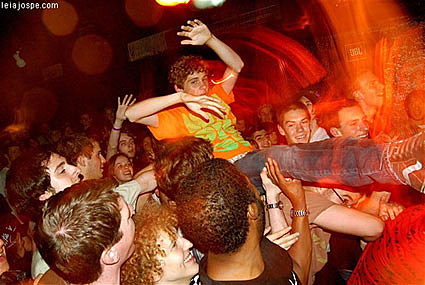 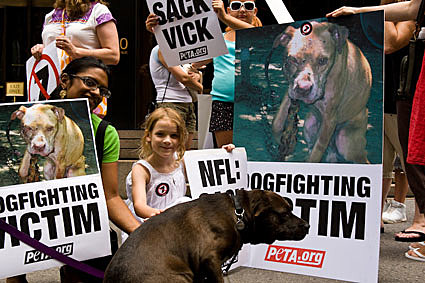 NEW YORK (AP) -- While commissioner Roger Goodell was meeting with officials of the ASPCA, about 50 people urged the NFL to "Sack Vick" Friday in a demonstration outside the league's headquarters following the indictment of Michael Vick on dogfighting charges.

"Sack Vick!" chanted the demonstrators, organized by People for the Ethical Treatment of Animals as they walked peacefully in front of the Park Avenue building. Many held dogs who had the "Sack Vick" signs on their backs and one woman brought a pit bull, the breed killed in the dogfighting operation the Atlanta quarterback is accused of sponsoring. [Yahoo News]