UPDATE: Tickets are back on sale for NIN @ T5. (thx anon) 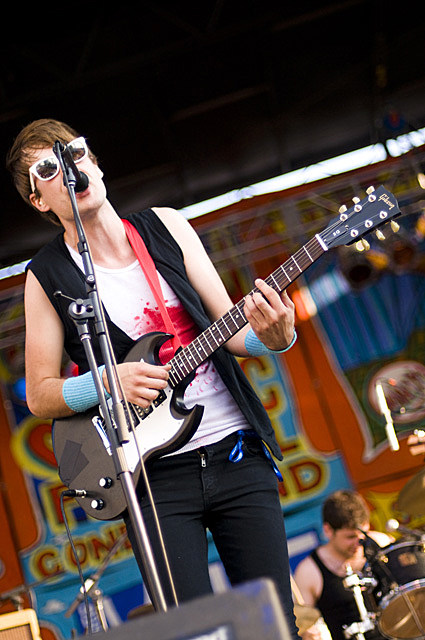 Free outdoor music tonight includes Naughty By Nature and FinaL OutlaW at Mahoney Playground in Staten Island, Tanya Tagaq at Lincoln Center Damrosch Park (she appears tomorro at the National Museum Of The American Indian Pavilion), and a screening of David Lynch's Wild at Heart at the McCarren park Summerscreen, with music from Dinosaur Feathers (6:30pm) and Bridges & Powerlines (7:30pm).

Islands play the Bell House tonight with Das Racist and Radical Dads. They return to NYC on their tour with Happy Mondays and The Psychedelic Furs this October.

The Breeders and Whispertown 2000 play Bowery Ballroom for the second night in a row.

Electric Six and Les Sans Culottes, who play a boat tomorrow night, perform at Maxwell's tonight with Jemina Pearl who has a video shoot coming up in NJ which we'll be giving away tickets to (stay tuned).

The Poison Tree plays tonight at the Living Room.

The Poison Tree is Brooklyn, NY singer songwriter Steve Salad [of the King of France] and a rotating cast of collaborators borrowed from acts including The National, Rufus Wainwright, Antony and the Johnsons, and David Byrne.

Reggie Watts "Wigging Out," below.

The new video from the Antlers for the song "Two" is also below.