Mew bongos in the darkness @ MHOW (more by Dominick Mastrangelo) 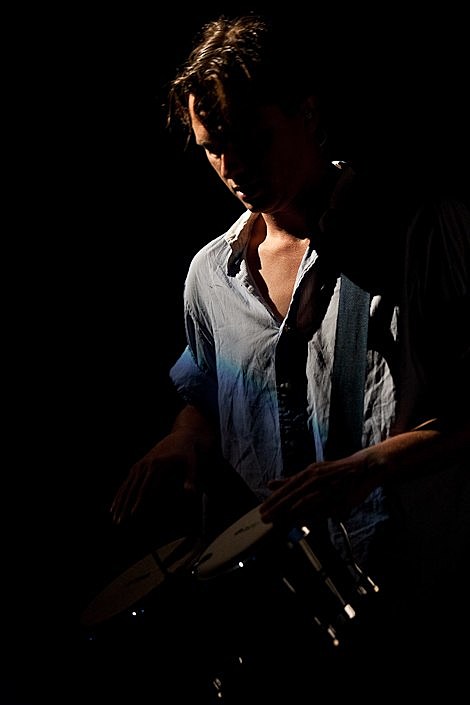 Where Brooklyn at? Matt and Kim are on Jimmy Kimmel tonight. Even weirder, Care Bears on Fire (who play Irving Plaza on Saturday) are on Letterman.

Georgiana Starlington, which has ex-Black Lips guitarist Jack Hines, has a monthly residency at Bruar Falls. Tonight they play with This Frontier Needs Heroes and Feather & Folly.

If today seemed slow that's because my computer kept crashing every 5 seconds. It makes me feel better to vent, so thanks!

Breakfast at Sulimays reviews Amanda Blank (who played in Urban Outfitters last night) and Radiohead. Below...

Lou Barlow's new video for "Don't Apologize" -- off the new disc Goodnight Unknown -- is posted below. He'll be in NYC with the Missingmen on October 6th.