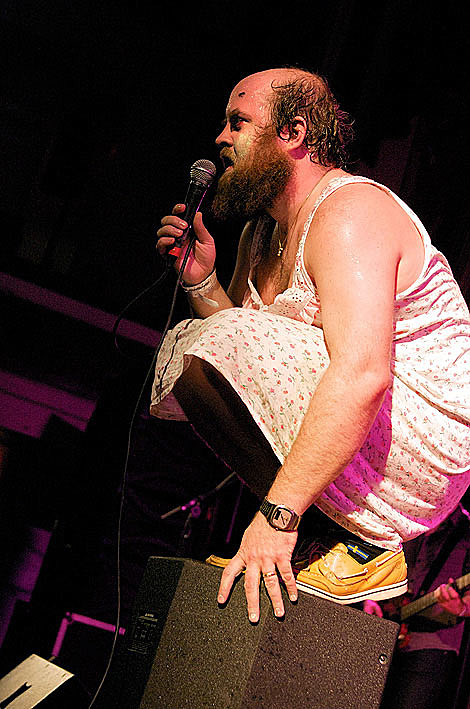 For some, 9/9/09, is a special date because it is the last time we will see single-digit repeating numbers in a date until January 1, 2101. According to Livescience.com, 9/9/09 is significant to numerologists because the number 9 is, to coin a term, "yingyangy." In other words, it is
associated with noble qualities such as forgiveness, compassion and success and ignoble qualities such as arrogance and self-righteousness. Some are excited about 09/09/09 because Tim Burton's movie "9" (which reportedly has nine heroes) opens today.

But if you are a die hard Beatles fan, none of the aforementioned reasons for being jazzed about 9/9/09 (or, if you prefer, 09/09/09 or September 9, 2009 or 9/9/9) is more significant and exciting than the fact that 09/09/09 marks the day that the entire digitally remastered Beatles catalog is being released by Apple, and that "The Beatles: Rock Band" video game is being launched. [AC]

Marmoset are in town for two nights - tonight they play the Cake Shop with The March Fourth.

Skeletons Big Band perform for one more night at Roulette before opening the newly redecorated Death By Audio tomorrow.

Jay-Z is at Gramercy Theatre, a much smaller venue than the show he's playing on 9/11.

Tonight is Round 2 for Sondre Lerche and JBM - this time across the river in Brooklyn at Music Hall of Williamsburg.

Air Waves and Trashed on Fiction play a free outdoor show at Brooklyn's Columbus Park (in front of Brooklyn Borough Hall) before a screening of The Fifth Element. Bands at 5:30. Film at 7:30.

There's a Rocks Off Boat Party tonight with Gildas + Masaya, Cobra Krames, Robot Blair and David Bruno aboard the Half Moon which is not the boat Dead Meadow will be on. The flyer is below.

The video for Micachu & The Shapes' "Turn Me Well" is posted below.

Passion Pit gets interviewed below.

micachu & the shapes - turn me well