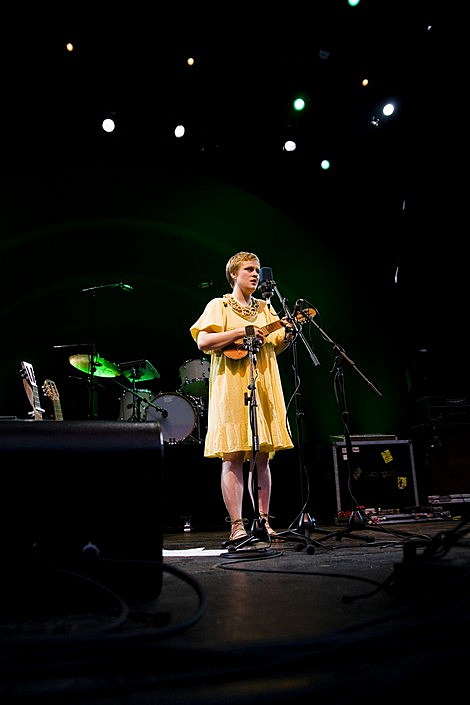 There's a free VICE / Nudie Jeans Fashion Party with DJ sets from Lemonade, Lykke Li and Bjorn of Peter Bjorn & John at Le Poisson Rouge.. RSVP. 11PM doors, 21+ Free Colt 45 and Well Liquor Open Bar from 11PM-12:30AM. Flyer below. There's a VICE / something else party with a set by the Rapture in Brooklyn.

Son Volt dropped a new album this summer, and now they come to NYC's Irving Plaza for a show with Sera Cahoone.

The Horrors play with Crocodiles at Bowery Ballroom tonight. Both bands return in October.

The Weakerthans play two nights in NYC now. Tonight is at Music Hall of Williamsburg with Rock Plaza Central and Tomte. A live Weakerthans video from 2006 below...

Olof Arnalds winds up her recently NYC trip with a show at Union Pool that also includes Nadia Sirota and Emilyn Brodsky.

Face to Face, Pegboy (ex-Naked Rayguy) and Polar Bear Club are currently on a tour that stops at Gramercy Theatre tonight.

Scarlett Johansson is playing a benefit at Carnegie Hall with lots of interesting people. Scarlett and Pete Yorn played "Relator" on French TV. That's below.

Tim Heidecker stars in Clues' new video for "You Have My Eyes Now," which is posted below.

Little Boots was in town last night. Coverage of that coming soon. In the meantime, her interview with Nardwuar below...