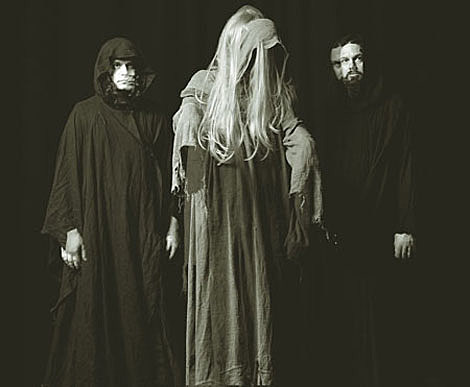 Musicka Mystica Maxima fest goes into its second and last night with music from 4th Sign of the Apocalypse, Daniel Higgs, Spires That In The Sunset Rise, and John Zorn & Bill Laswell.

Starfucker are getting a new name, but not before playing tonight at Bruar Falls with Deelay Ceelay, and tomorrow at Santos.

Soulsavers have a new record and Mark Lanegan sings on it, as he does tonight at Bowery Ballroom. Jonneine Zapata and Red Ghost open.

The Drums play with Knight School (not Action Painters as originally scheduled) and Kordan at Mercury Lounge.

Fanfarlo are playing the BV CMJ show on October 20th. They also play tonight at the Bell House, which is your last chance to catch Wildbirds & Peacedrums while they're in town.

Face to Face and Pegboy are on tour - they're back in town, playing Irving Plaza with Polar Bear Club tonight (all three just played Gramercy Theatre on 9/17).

Denmark's Slaraffenland are here for one night only to perform at Union Pool with The Silent League and Glass Ghost.

The new video for Flaming Lips' "I Can Be A Frog" is posted below. Wayne Coyne spoke with us at ATP NY.

A sampler of Bob Dylan's forthcoming Christmas album is posted below. Not to be missed for sure...

The Flaming Lips "I Can Be A Frog"

Sunn 0))) playing in a church in Leuven, Belgium