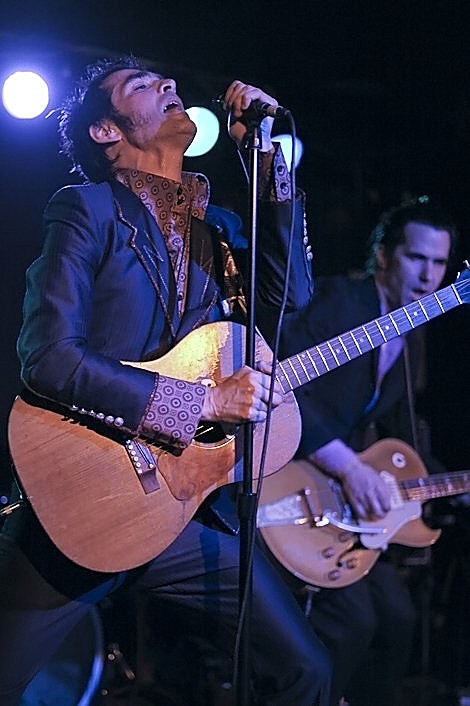 Two-thirds of Digable Planets reunite for a gig at Southpaw.

Om, Six Organs of Admittance and Lichens played Europa on Sunday. Tonight they're at Bowery Ballroom.

West Coast indie-pop band The Dodos have a new-ish record out and are on tour with The Ruby Suns. They both play Music Hall of Williamsburg tonight and Bowery tomorrow.

Lucky Dragons recently opened some shows for Thom Yorke. Tonight they're in Brooklyn.

Former Ghost, at Monkey Town with Silk Flowers tonight, is Freddy Ruppert from This Song Is a Mess but So Am I, Jamie Stewart of Xiu Xiu, and Nika Roza of Zola Jesus.

Grizzly Bear and Sonic Youth both made (very different) appearances on TV last night. Those clips are below.