No Age @ ATP NY in September (more by Ryan Muir) 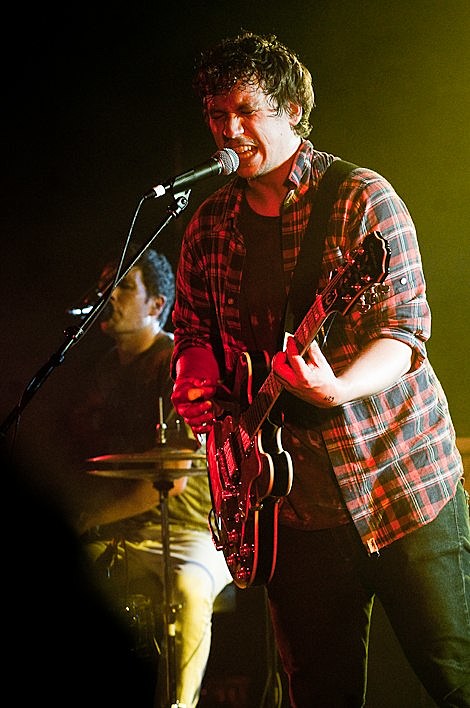 Here We Go Magic got kind of big in the last year, so that's kind of cool that they're playing a low key show at Union Pool tonight with A Rose Parade. A Rose Parade is a collaboration between Gerard Smith of TV on the Radio and Shannon Funchess of Chk Chk Chk.

Daniel Johnston tours behind his new record with a show tonight at Highline Ballroom. The Capitol Years and Hymns open.

Uninhabitable Mansions, which has members of Au Revoir Simone, CYHSY!, and ex-Dirty on Purpose, play Cake Shop tonight (and a CMJ show next week).

Real Estate, full-length on the way, kick off their tour at Monster Island Basement with Big Troubles, Honeydos and Oneohtrix Point Never.

Built to Spill, Disco Doom and Violent Soho are at Music Hall of Williamsburg for a show tonight and one more tomorrow. Pictures from last night are HERE.

It's been an amazing week for Regina Spektor. First SNL, and snow tonight she plays Radio City Music Hall with Jupiter One.

Speaking of SNL, Steve Martin and The Steep Canyon Rangers were scheduled to play a show at Wellmont Theatre but they canceled.

Titus Andronicus and The So So Glos are on tour - the first show of that was at Monster Island in early September. Tonight they play Maxwell's tomorrow and tomorrow the tour wraps at the new Knitting Factory. Titus will then join Fucked Up and guests at that band's Nov. 5th event.

No Age have four NYC shows lined up for this week - tonight's is with Woods and Silk Flowers at (Le) Poisson Rouge in Manhattan. Details on the rest HERE.

Peasant and others are playing a "Jingle Punks" party tonight. Flyer below..

The BrooklynVegan CMJ show at Music Hall of Williamsburg is less than a week away.

Then three night after the Music Hall show is the BBG/Relapse official.

Japandroids, who have a long list of CMJ and non-CMJ shows coming up, played "Heart Sweats" and "The Boys Are Leaving Town" on Pitchfork's A>D>D, posted below.

A video of Micachu & The Shapes from their October 2nd show at Littlefield is posted below. 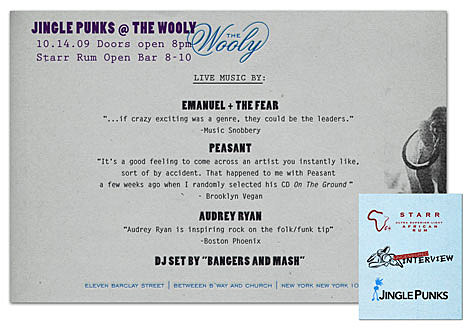