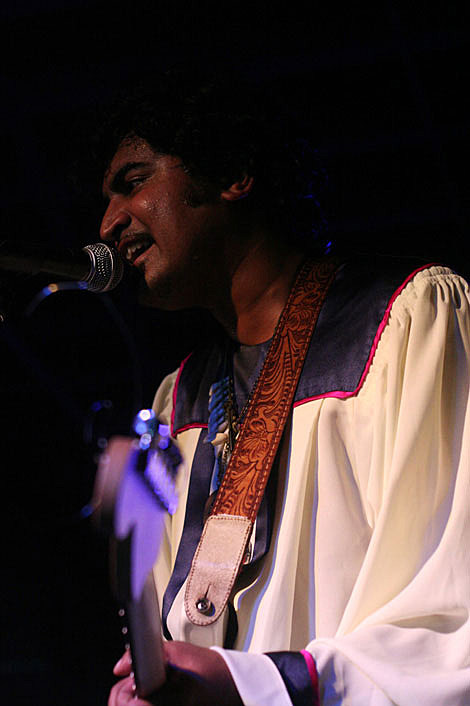 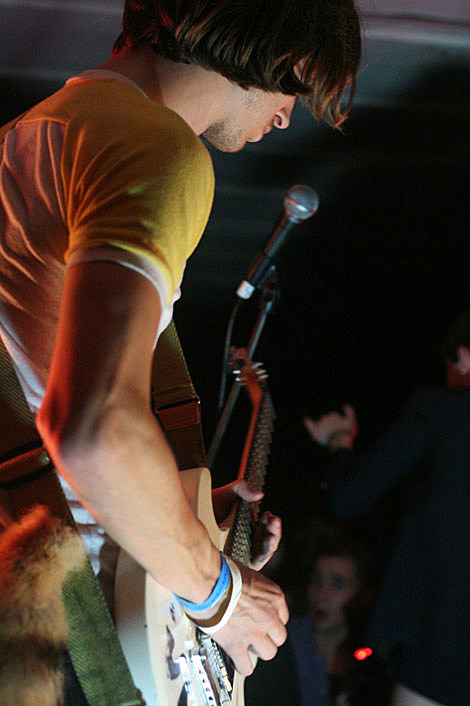 JEFF the Brotherhood, who played a totally packed lineup of CMJ shows over the past week, tacks on one more, with a show at at Cake Shop tonight. An Albatross, Dark Meat and Ill Ease play too. JEFF's last gig on Saturday was a 2am set at Above the Auto Parts Store. A picture from that is above.

The Almighty Defenders played a short, tight headlining set at the Root Studio party last night (picture above). Tonight they're at Maxwell's with US Royalty. The King Khan & BBQ Show have Friday and Saturday NYC shows later this week with Dum Dum Girls who played Saturday night at Mercury Lounge.

NYC gets its first look at the reunited Far when they play tonight with Thursday and Midnight Masses at Bowery Ballroom.

If you test drove a Kia, you can see Girl Talk tonight.... (like we saw many people doing as they drove by Pianos on Thursday and Saturday)