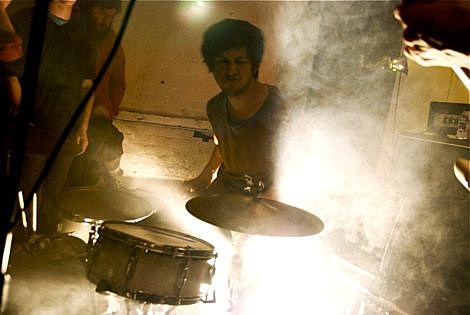 JEFF The Brotherhood opened for Ted Leo last night - tonight they headline the Mercury Lounge with Dinowalrus, Sisters and Coin Under Tongue.

The reunited Split Lip/Chamberlain play Bowery Ballroom (their only upcoming booked show) with fellow veterans Walter Schreifels and Atlantic/Pacific (Garrett Klahn of Texas Is The Reason).

In a weekend full of bad news, Jack Rose passed away and Rivers Cuomo and family were in a bus crash.

Joly posted a new Jack Rose video he recorded in 2004. Check that out below...

Videos of Mission of Burma performing live on KEXP, below...

Mission of Burma - Laugh The World Away (Live on KEXP)