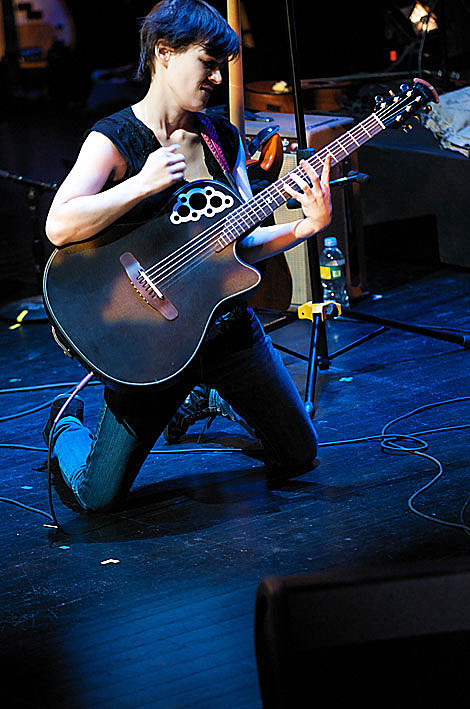 Happy Haukkah. Check out our new guide to Chanukah events.

There's a craft fair at 3rd Ward, and a naughty holiday party in the same venue later in the night.

Bill's top pick for tonight is That Petrol Emotion.

Kaki King is currently recording the follow-up to 2008's Dreaming of Revenge with producer Malcolm Burn at his Kingston, NY, studio. The new record, tentatively titled Junior, is due out in Spring 2010.

King will be debuting material from the new LP at her show on December 12th at the Music Hall of Williamsburg before heading Down Under for a two-week tour of Australia's major clubs and festivals, including the Falls Festival, Woodford Folk and Southbound Festival.

A Rose Parade will open the Brooklyn show. ARP is a newly formed collaboration between Shannon Funchess (!!!) and Gerard Smith (TV On the Radio).

The Fiery Furnaces play for the 2nd night in a row tonight. Check out their new video for "Even in the Rain", below...

Tickets are on general sale for the Eric Clapton / Jeff Beck shows.

Muse tickets are on sale too.

Darlene Love is at BB King's on Sunday.

The Fiery Furnaces - Even in the Rain