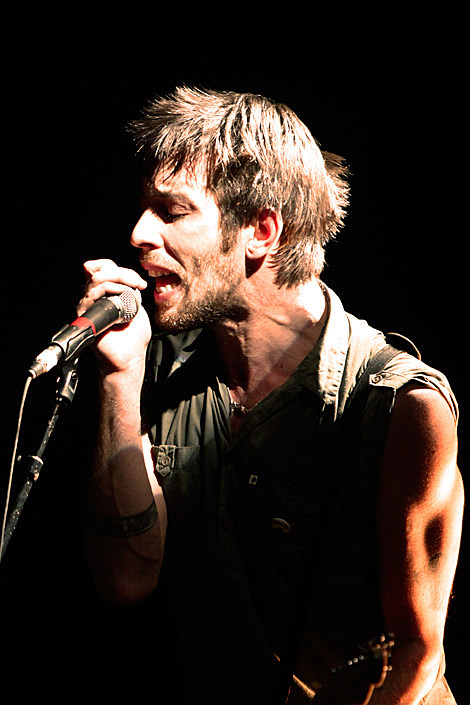 Ends up Handsome Furs didn't come all the way here to play just one show. They played a private CNN/Vice party at Public Assembly in Williamsburg last night.

Every Wednesday, starting this week, CNN.com will feature a new web series produced by VBS.TV. The first feature, "Vice Guide to Liberia," follows Vice's founder Shane Smith as he travels through the the country's slums interviewing ex-war lords and residents...

...As for rock and roll bands, Sub Pop will also be contributing a series of documentary shorts to CNN.com, starting this Thursday. Handsome Furs, a Canadian husband and wife band on the Sub Pop label, used Flip cams to document their first tour across Asia in support of their second album release
, Face Control. CNN.com visitors will find those documentary snippets on www.cnn.com/IndieAsia. [Business Insider]

Comedian Eugene Mirman has been added as the opener for tonight's show at Maxwell's.

Lady GaGa is playing four shows at Radio City. You may have heard - Kid Cudi is no longer opening the tour. Opening will be Jason Derulo and Semi Precious Weapons. Witty banter and other clips from her Chicago show on Jan. 10th are below.

Spoon are at Mercury Lounge tomorrow.