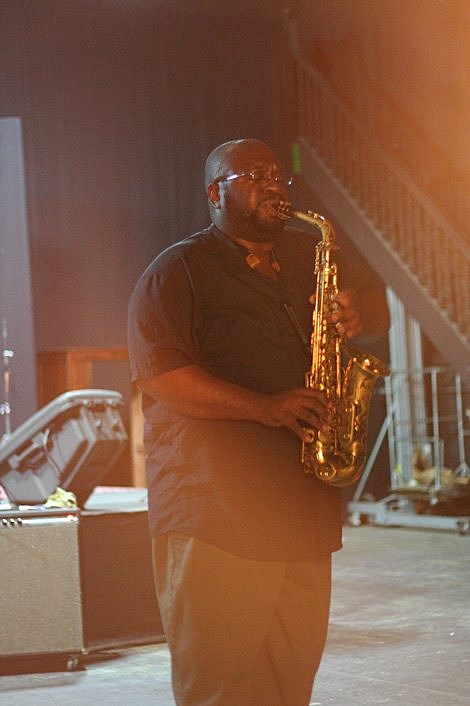 Saxist and composer Darius Jones brings a different band to Roulette for three straight nights. Tonight it's a trio, Tuesday it's a quartet and Wednesday his quintet adds two singers.

James Blackshaw is one of the artists playing LPR on Tuesday.

Of Montreal and James Husband kick off a tour tonight that stops by Highline Ballroom tomorrow.

Friday night was Conan O'Brien's final show on NBC. You can watch it in its entirety below...

What's been christened the Second Tonight Show War ended with something often absent during two weeks of sniping in the press and on the air: a modicum of class. Though forced out as Tonight Show host after just seven months, Conan O'Brien ended his run by remarking that for one last night, he was free to say whatever he wanted about NBC. And after a week of bashing its executives, he genuinely thanked the network for giving him a home on three shows over 20 years. But Conan reserved the most emotion for his fans, thanking them with a cracking voice for showing him support. "Every comedian dreams of hosting the 'Tonight Show' and, for seven months, I got to. I did it my way, with people I love, and I do not regret a second," O'Brien said.

Doing it his way included a truly memorable farewell musical number. As The Tonight Show credits rolled, O'Brien ceded the spotlight, taking a slot at lead guitar amidst an all-star band (including Beck and Ben Harper) that played the show out to Lynard Skynard's "Freebird," with Will Ferrell (accompanied by his pregnant wife) fronting the performance. CoCo has eight months to strum away in the background and figure out what he wants to do next. Don't expect him to stay off center stage much longer than that. [Time]