The Walkmen @ the Guggenheim in 2009 (more by Kurt Christensen) 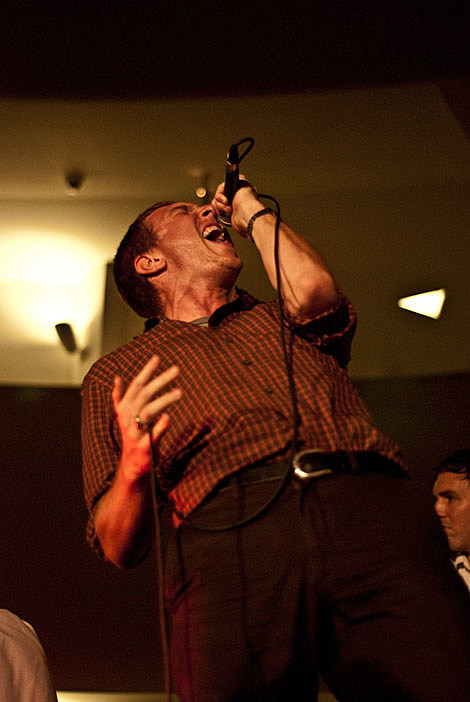 Skeletons play a benefit at Glasslands for show space ParisLondonWestNile with Mirrorgate, Nude Photo and Holy Experiment (flyer below). They play with Marc Ribot's Ceramic Dog at LPR on February 2nd. Then they're at Zebulon for a BAM Sounds Like Brooklyn show with Up Died Sound.

Hesta Prynn of Northern State has gone solo. She plays a show at Pianos tonight. MP3 from her forthecoming album above.

Cale Parks has stopped going solo and is now in a trio called Brahms (who already opened for Passion Pit at Terminal 5). They plays Santos Party House tonight with Jessica 6 featuring Nomi who some thing of as the frontperson for Hercules & Love Affair.

Tonight may be the first public appearance Rufus Wainwright makes since the very recent death of his mother.

Beach House played The Bell House last night. Video of them playing "Norway" at SXSW 2009 below... 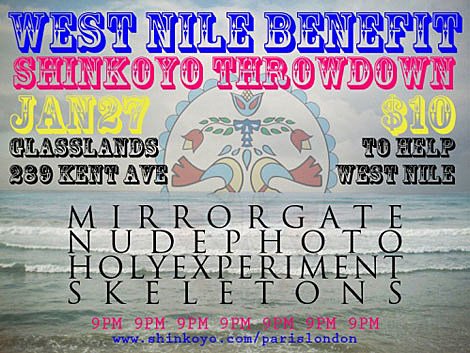