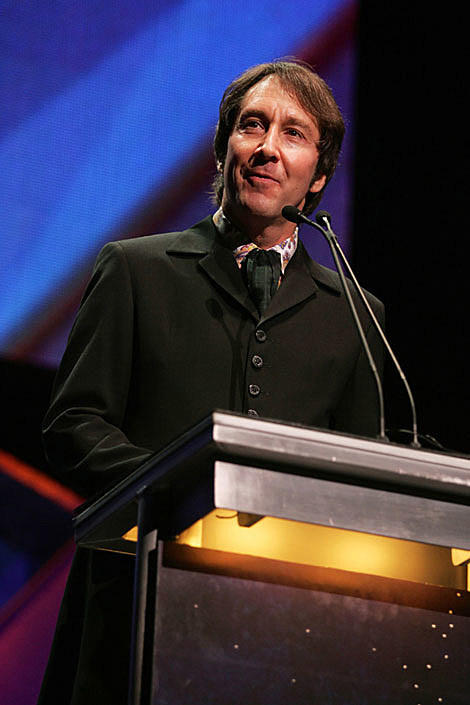 Douglas Lars "Doug" Fieger (August 21, 1952 - February 14, 2010)was an American singer-songwriter. He was the lead singer of the New Wave band The Knack, and co-wrote the biggest hit song of 1979, "My Sharona", with lead guitarist, Berton Averre. He was the younger brother of Detroit attorney Geoffrey Fieger who confirmed his death on Valentine's Day, 2010 to The Detroit News. [Wiki]

Beast are at the Living Room tonight. They play the Cameo tomorrow night late...and they've added an early set at the Mercury Lounge, where the show is with Fight Like Apes, Honor By August, Stationary Set and Tryptics.

Ted Leo shows up for "songs and a chat" at the Bell House's Get Off Your Knees, a comedy show hosted by Sara Schaefer and Kim Armstrong, and guests Leo Allen and Jamie Kilstein.

L Magazine has some directions for the free Wavves show at Brooklyn Bowl tonight.

Meet at the southern end of Driggs and N 12. The parade will go down Driggs, up Bedford, and over to Brooklyn Bowl. We will be led by The Rude Mechanical Orchestra and there will be a float with Burlesque entertainers: Angie Pontani, Helen Pontani, Darlinda Just Darlinda, Akynos, The Maine Attraction and Lil Miss Lixx