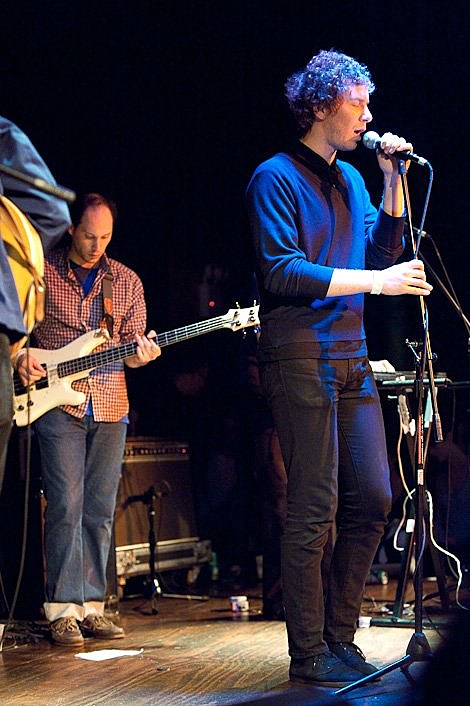 Man in Gray are back together for one night only tonight at Union Hall! With Coyote Eyes and El Jezel. They played their two final shows in 2008, one of which was at one of our Rock n ROFL shows at Pianos.

Extra Life, who are at DBA tonight, have a new record coming out, called Made Flesh, on March 30th.

Memory Tapes tonight at Tribeca Grand is free (RSVP to events [at] self-titledmag.com). Tanlines are DJing.

Mates of State play the Bell House on Sunday.

Today is the last day of by:Larm in Norway. I've seen a ton of great bands so far. Most are new to me. I'm trying to avoid bands I've seen or will definitely see soon. Serena Maneesh fall into both categories (SXSW = the "see soon" part), but I couldn't help myself and went and checked them out last night at Spectrum Scene in Oslo. They went on after Johann Johannsson who went on after Efterklang (it was 4AD night). I actually watched all three and even saw some bands in nearby venues during set change... there's a band on somewhere every half hour, and all bands only play for 30 minutes.... so if you're quick you can see at least 25 minutes of a 30 minute set twice an hour for about 7 hours straight...except Serena Maneesh actually who got 45 minutes as tonight's big headliner... actually Johann played longer too, but I left before he finished). I don't have videos from the show, so here are some of their official videos instead, below...