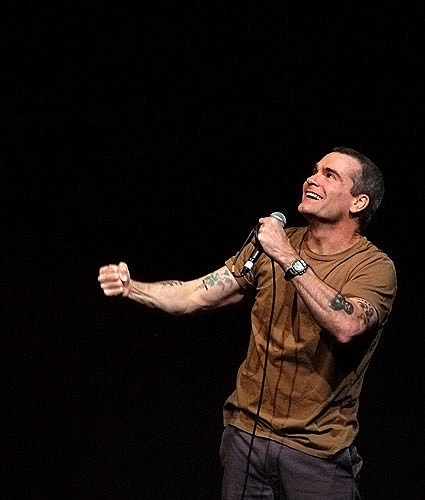 "My sons and I were waiting for the doors of the theater to open when [W.A.S.P. mainman] Blackie [Lawless] walked by in what seemed to be a foul mood. Shortly after, I was told by a person waiting on the line that the show has been cancelled. Then we found out that Blackie was at the tour bus and would sign autographs for everyone. And to his credit, he did. He signed many autographs and allowed pictures to be taken.

"Blackie was very nice to everyone but upset that the band would not be performing.

"I do not know the details but from what I overheard, the [band] was [not] at fault." [Blabbermouth]

Will they show up at Starland Ballroom tonight?

The all metal Bee Gees tribute band Tragedy is breaking up. Tonight at Bowery Ballroom is the last chance to see them.

The Thrills - Whatever Happened to Corey Haim?