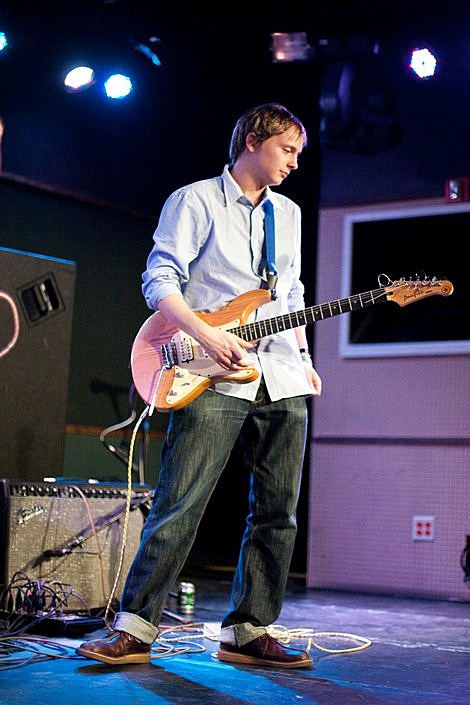 A member of the Wowz played with The Wave Pictures at our Knitting Factory show before SXSW. Tonight the two bands share a bill at Mercury Lounge.

About tonight's Bruar Falls show, headliner Antietam says, "Brett is a punk rock ex-footballer poet teacher with a powerful presence and a huge heart. T and T last shared a stage with him in Louisville, 1982. Go here to learn more about Brett and here for the Undeciders. This will be special!"

Today is Day Three of the Big Ears Fest in Knoxville. Read about Day One.

The Vivian Girls show at Brooklyn Bowl tonight is free.

Vivian Girls are also on the bill of the recently-expanded lineup of ATP NY 2010.

The Big Pink & A Place to Bury Strangers tour is at Maxwell's tonight and hits Webster Hall in two days.

Video from a Skeletons show that happened two nights ago, below...

A video of HEALTH performing at MtyMX, below...

A video of Inlets performing the other night in Philly, below...