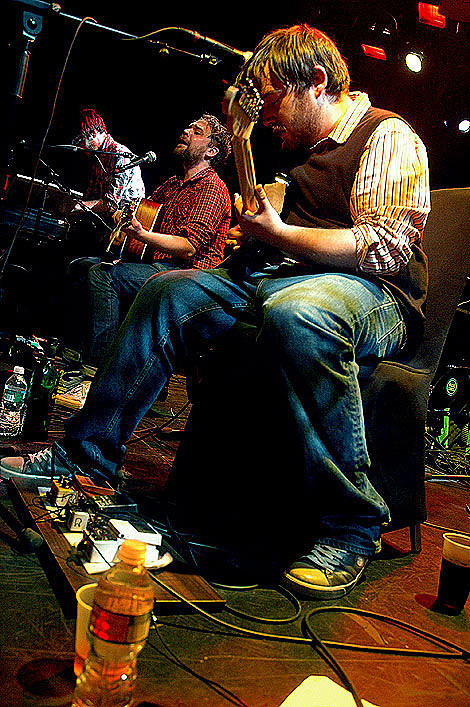 Frightened Rabbit, after having a bit of trouble getting into the country at the beginning of their tour, are here today to play two NYC shows. At 6:30 you can catch them play afree acoustic show at Sound Fix. Then later tonight they headline a sold out Webster Hall.

Did the MNDR and Class Actress show at The Studio at Webster Hall even happen last night? Regardless, both acts open for VV Brown at Bowery Ballroom tonight.

A trailer for the album Cocorosie is releasing on Sub Pop can be watched and listened to below...

A video of Ben Sollee and Daniel Martin Moore performing "My Wealth Comes To Me" live on KEXP, below...

CocoRosie - The Moon Asked The Crow trailer from Grey Oceans