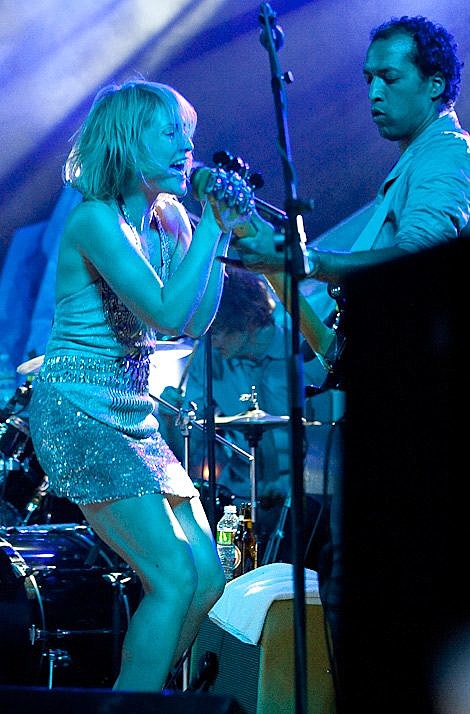 The Fifth Avenue Street and Record Fair is today in Park Slope. Check out the link to see who is playing on multiple stages near Southpaw and The Gate.

In case you were wondering whatever happened to the Spiderman Musical...

...New York Post theater columnist Michael Riedel is reporting that the in-question production is indeed on, with rehearsals starting this summer, previews beginning in October, and an official opening in November. The column also claims that the production has a new Green Goblin in Patrick Page, and producers are apparently seeing potential Mary Jane replacements. Producers for the show, and its publicity team, have not made any official announcements.... [EW]

Veronica Falls play Bruar Falls tonight (but Frankie & the Outs don't despite being originally listed) (Prince Ruperts Drops have been added to the bill). Video from their show last night at Glasslands, below...

A video of Salome playing the BV day party at Emo's during SXSW this year, below...

A video of Excepter playing Knitting Factory last week, below...