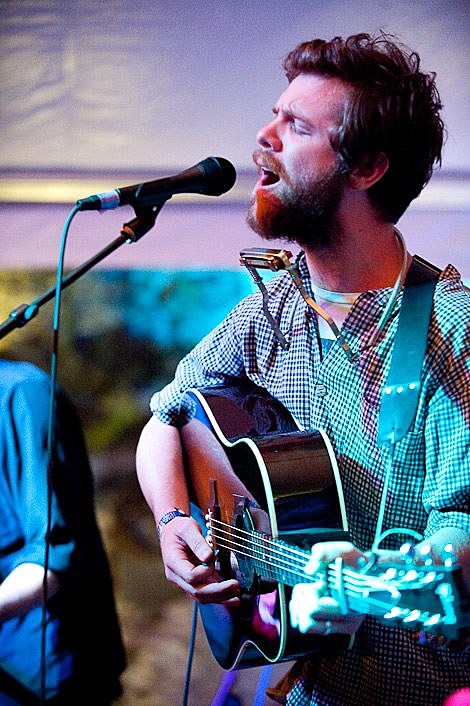 New Moods is a new NYC electro-duo comprised of Other Passengers frontman Billy Jones and Gang Gang Dance engineer Sean Maffucci. They make what I think is their NYC live debut (they previously performed in Austin during SXSW) tonight at Cake Shop. Two demos are streaming at their MySpace (and there's more on their NSFW bandcamp page).

Video of Zs playing "Acres Of Skin" live at 118 South 3rd Street in Williamsburg on May 15th, below...

Holy Ghost! tested out their new live band for the first time at a private show Saturday night at Under 100. A video from that show below...

Recent Captured Tracks signing MINKS performed at Glasslands on Saturday night. Video from that below...