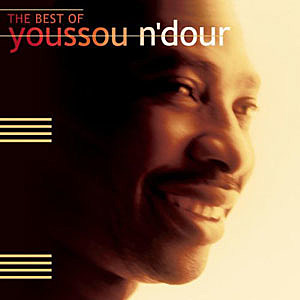 Youssou N'Dour (born October 1, 1959 in Dakar) is a Senegalese singer and percussionist. In 2004, Rolling Stone described him as, in Senegal and much of Africa, "perhaps the most famous singer alive." He helped develop popular music in Senegal, known in the Wolof language as mbalax, a blend of the country's traditional griot percussion and praise-singing with the Afro-Cuban arrangements and flavors which made the return trip from the Caribbean to West Africa in the 1940s, 50s, and 60s and have flourished in West Africa ever since. [Wikipedia]