The National @ High Violet Annex in May (more by David Andrako) 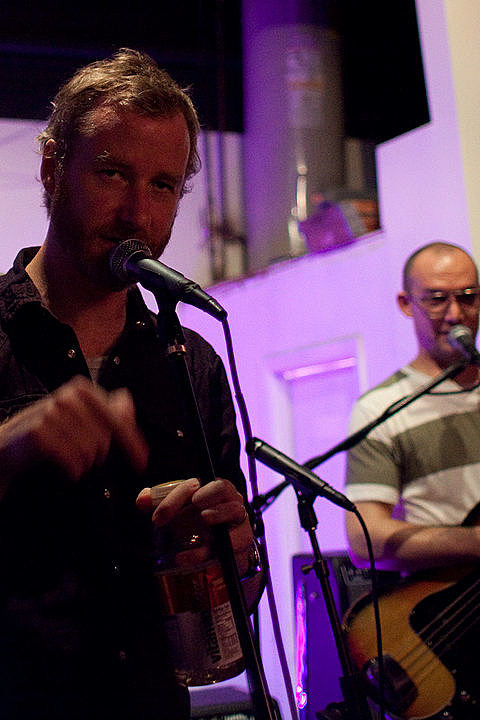 The National headline Radio City tonight, and they recently added a show at Terminal 5.

This afternoon's Seaport show was cancelled.

Deer Tick is on Letterman tonight! "Fog Light Presents" really filmed them playing in a McDonalds parking lot. That video below...

The musical highlight of the recent not-Pete Doherty show at Milk Studios was BP Fallon and band performing "Fame #9 / I Believe in Elvis Presley" (with Lenny Kaye on guitar and Sean Lennon on drums). Joly filmed it. Video below...