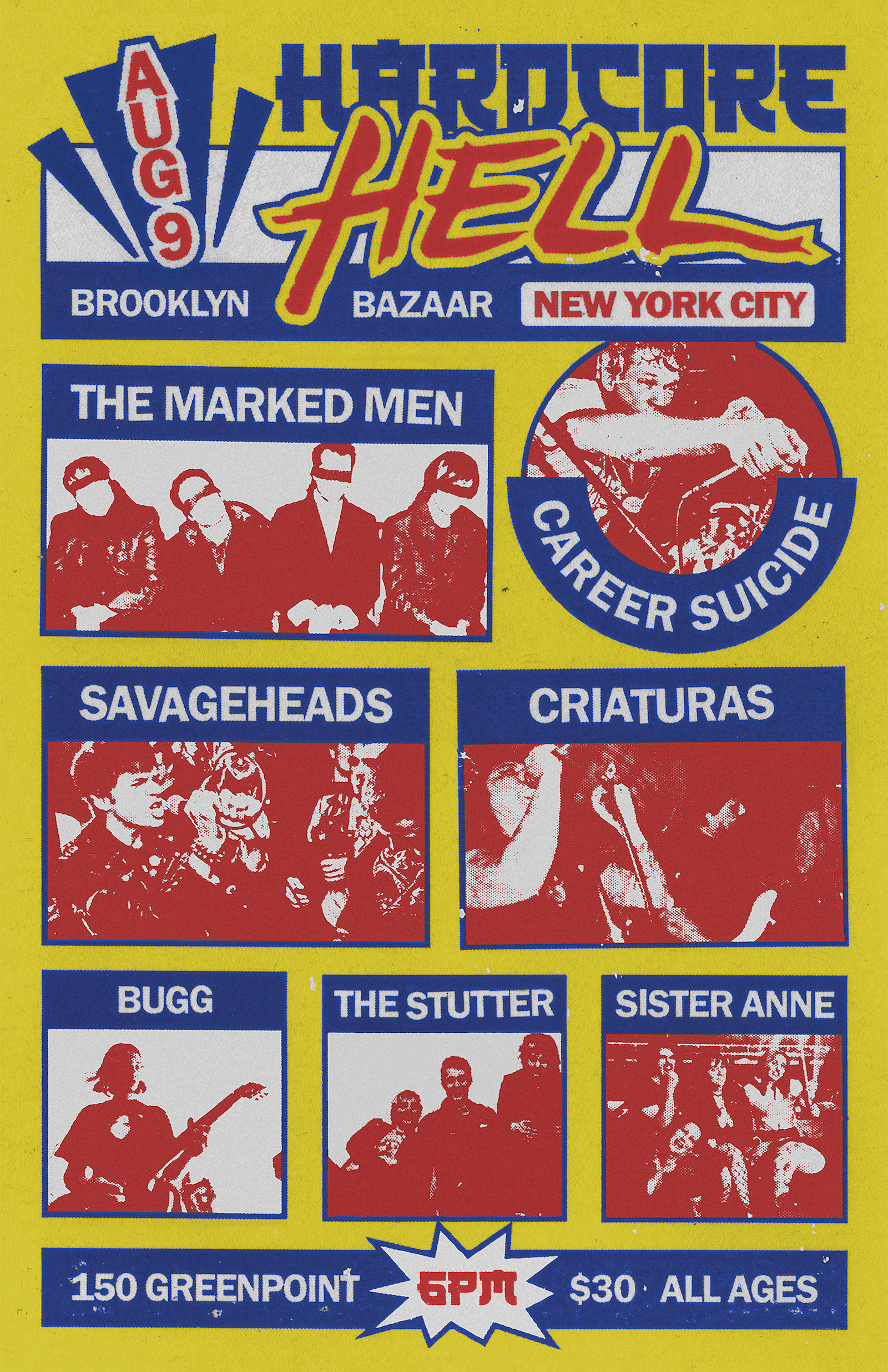 Bryan Ferry, Sophie Auster @ United Palace
On Bryan Ferry's current tour he's focusing on Roxy Music’s 1982 swan song, Avalon . He's not playing it in order, or playing all of it, but has been regularly doing eight of its 10 songs, plus lots of other Roxy and solo favorites.

The Marked Men, Career Suicide, Savageheads, Criaturas, Bugg @ Brooklyn Bazaar
This show is part of Hardcore Hell and it's got a bill that features power pop, d-beat and all stops in between. Headlining is a rare appearance from cult-fave punks The Marked Men, and the band's first in NYC since the release of their On the Other Side compilation. Exciting direct support comes from back-in-action hardcore greats Career Suicide, who share members with Fucked Up.

Iron Age, Red Death, Candy, Stigmatism, Grave Turner @ Saint Vitus (11:30 PM)
Also part of Hardcore Hell is this late show headlined by Iron Age, who will be playing their first NYC show in nine years. The Austin crossover/thrash band have been a big influence on Texas hardcore and metal, including on Power Trip, and they've got Chris Ulsh (Chris Ulsh of Power Trip, Mammoth Grinder, Impalers) in their lineup for these shows (they also play a matinee on Sunday). Killer support tonight too.

Virginia Wing, Ka Baird @ Elsewhere
UK group Virginia Wing, the duo of Alice Merida Richards and Sam Pillay, have been making icy, krautrock-influenced synthpop for most of this decade. Their debut album, Measures of Joy, made our Best of 2014 list and last year they released their third album, Ecstatic Arrow, which found them defrosting their sound just a bit, adding saxophones and other human touches for their best record to date. They're currently on their first-ever North American tour.

Natalie Prass, Adeline @ Industry City
Last year, Natalie released her very enjoyable new album The Future and the Past, which saw her going in a more ’80s/’90s R&B direction than ever before, but she's also been opening for Kacey Musgraves, too. Catch her as part of Industry City's Summer Series tonight.

My Morning Jacket (performing Tennessee Fire) @ The Capitol Theatre
My Morning Jacket are in the NYC area this weekend for two shows, and tonight celebrate the 20th anniversary of Tennesee Fire and will play it in full. They play Saturday at Queens Forest Hills Stadium with Warpaint.

The Natvral, Glass Mannequins, Trash Boy @ Arlene's Grocery
He once (and maybe will again one day) make shoegazy pop with The Pains of Being Pure at Heart, but these days Kip Berman is taking a folkier, singer-songwriter approach with his solo project The Natvral.

Donny Benet, Softee @ Baby's All Right
You may know Australian musician Donny Benet as a member of Jack Ladder & The Dreamlanders, but he also makes smooth music on his own that owes much to early-’80s yacht rock.

The Smashing Pumpkins, Noel Gallagher's High Flying Birds, AFI @ Jones Beach
Ever wanted to hear "Bullet With Butterfly Wings," "Wonderwall," and "Girls Not Grey" at the same damn show? Well you are in luck!

Elliott Smith at 50 @ Littlefield
Singer-songwriters inspired by Elliott Smith, including recent Team Love-signee and Conor Oberst tourmate Joanna Sternberg, come together to pay tribute to him around what would have been his 50th birthday.