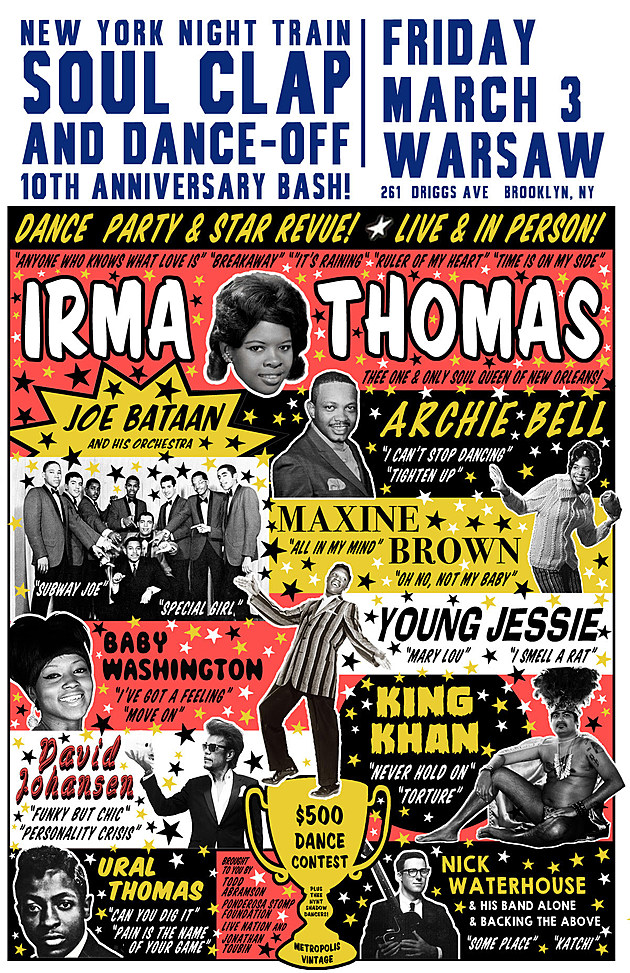 The Soul Rebels w/ Jarobi, Consequence, Mobb Deep, Raekwon & surprise guests; Statik Selektah @ Brooklyn Bowl
NOLA brass band The Soul Rebels are known to be joined by very cool rappers at their shows, and their current three-night stay in NYC is no different. This is night 2, and it's got Jarobi of the reunited A Tribe Called Quest and unofficial Tribe member Consequence, plus Queensbridge legends Mobb Deep, Staten Island legend (and Wu-Tang memer) Raekwon, plus more surprise guests. The show opens with the great rap producer Statik Selektah.

Thundercat, Zack Fox @ Irving Plaza
Bass wiz Thundercat just released his new album Drunk, which is as ambitious as ever and features collaborations with Kendrick Lamar, Flying Lotus, and more.

Kane Strang, Katie Von Schleicher, Elijah @ Baby's All Right
New Zealand's Kane Strang owes more than a little to the indie rock herritage of his country's famed label Flying Nun (The Clean, The Chills). His new album will be out via Dead Oceans later this year but you can get a preview tonight.

The English Beat @ The Hall at MP
Dave Wakeling is keeping the English Beat flag flying as the only original member of the band. If you don't mind not having Ranking Roger (or David Steele or Andy Cox, etc) on hand and don't mind the odd General Public song, it's hard to deny those classic songs.