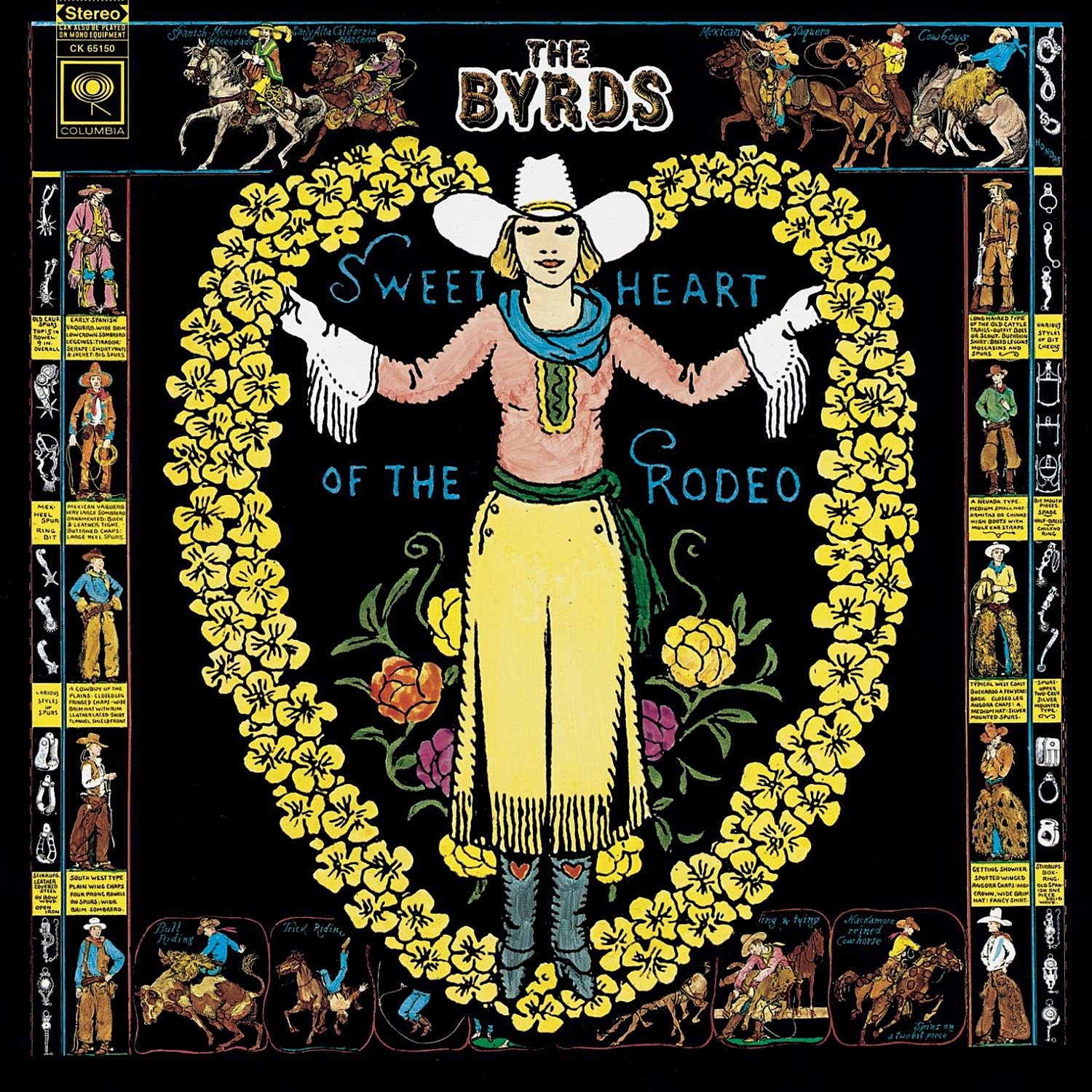 'Sweetheart of the Rodeo' 50th anniversary w/ Roger McGuinn, Chris Hillman, Marty Stuart @ Town Hall
The Byrds’ Roger McGuinn & Chris Hillman will celebrate the 50th anniversary of The Byrds’ landmark country rock classic, Sweetheart of the Rodeo, by playing it in full and telling stories surrounding it. They’ll be joined onstage by Marty Stuart and his Fabulous Superlatives and Roger says, “We’re all looking forward to taking the fans through the back pages of the recording. The concert will include songs that led up to that ground breaking trip to Nashville and all the songs from the album.”

Patti Smith: Words and Music @ Minetta Lane Theatre
NYC punk legend and author is combining two of her talents for this run of "Words and Music" shows, which will feature “original spoken-word performance interwoven with music from her beloved catalog creating a one-of-a-kind intimate portrait of this pioneering artist.” This is her second of three shows.

Wrekmeister Harmonies, Helen Money, Gnaw @ Saint Vitus
Genre-defying heavy band Wrekmeister Harmonies returned this year with another great new LP, The Alone Rush, and they're back in NYC in continued support of it. It's a very good bill all around, with underground rock cellist Helen Money and noisemakers Gnaw.

Michael McDonald @ The Paramount
As part of the Doobie Brothers and solo (not to mention his many guest backing vocal appearances) Michael McDonald was one of the inescapable voices of the ’70s and ’80s, with his dozens of hits. Ya mo be there?