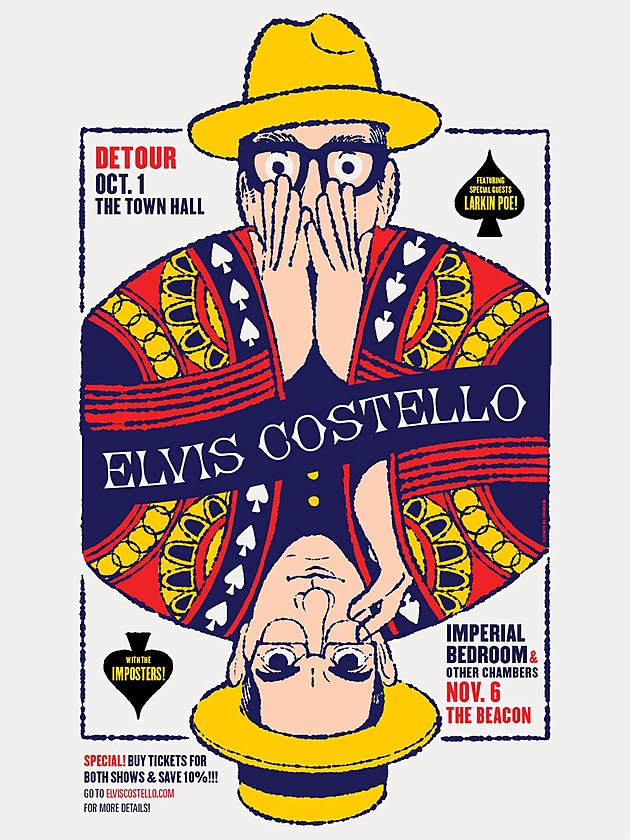 Jens Lekman @ Music Hall of Williamsburg
It's been nearly five years since we've had a new album from Jens Lekman. That will be remedied soon, and he's here on a short U.S. tour to try out new songs in front of audiences.

Damien Jurado, Doug Keith @ Bowery Ballroom
Damien Jurado has been consistently great for quite a while, and this year's ambitious Visions of Us On the Land is no different. Doug Keith, who plays in Sharon Van Etten's band but is also a worthy solo artist, opens the show.

AJJ, Diners, Chris Farren @ Warsaw
AJJ (fka Andrew Jackson Jihad) returned this year with The Bible 2, which is yet another winner and nice dose of indie/punk. Diners and Chris Farren are both well-matched openers.

El Ten Eleven, Bayonne @ Garcia's at the Capitol Theatre
Electronic/acoustic post-rock duo El Ten Eleven returned last year with their newest album Fast Forward, and now they're on tour again in support of it. This is their first of two NYC-area shows with Bayonne.

Gregg Allman @ City Winery
The Allman Brothers Band is done, but Gregg has been staying active, and tonight he begins a TEN-show full-band run at the intimate City Winery. He recently had to cancel dates due to illness, and it's good to have him back.

Secret Guest, Sam Evian, Wilsen, Cassandra Jenkins @ Manhattan Inn
Manhattan Inn will close at the end of November and are holding special shows all month long. It's a unique, intimate space that will sorely be missed. Who do you think tonight's secret guest might be?

Beef Jerk, Bodega, The Prits, Casual Chaos @ Sunnyvale
Around for a few years now, Sydney Australia’s Beef Jerk make punky, jangly, sneering rock, descended from the Velvet Underground but spiked with a massive hit of early-’80s The Fall. Their debut album, Tragic, was just released in the U.S. via Trouble in Mind and is a swell example of Beef Jerk’s louche charm. This is their second of two NYC shows.