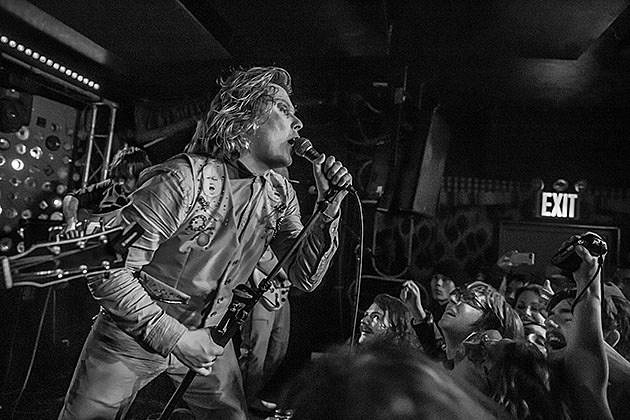 Ty Segall and The Muggers, The Men, Dion Lunadon (of A Place To Bury Strangers) @ Webster Hall
Touring on one of the weirder records of his career, and featuring a killer band that includes King Tuff, Mikal Cronin and Cory from Wand, and finds Ty in pure frontman mode sans instrument which he seems to really enjoy. Tonight's openers are good too, with The Men and A Place To Bury Strangers' Dion Lunadon.

Lucy Dacus, Margaret Glaspy, Odetta Hartman @ Baby's All Right
Singer/songwriter Lucy Dacus has a blunt, relatable style that fans of Waxhatchee or Courtney Barnett should find to be right up their alley. This is a good bill all around, with the ATO-signed folk rocker Margaret Glaspy and the Northern Spy-signed genre-crosser Odetta Hartman.

Abdu Ali, Elon + DJ Dylijens, DJ Haram, Sadaf @ Silent Barn
Abdu Ali makes what could sometimes be described as rap, but it's very experimental and pulls from lots of places outside the genre. He and his electropop Baltimore neighbor Elon make their way to NYC tonight.

Seu Jorge @ Blue Note
Best known here in America for acting in City of God and The Life Aquatic With Steve Zissou (which he scored using only acoustic, Portuguese-language David Bowie covers), but Brazilian artist Seu Jorge has been making music since the '90s. This is the final night of his 10-night run at the Blue Note.

Mike Birbiglia @ The Lynn Redgrave Theater
Comedian Mike Birbiglia has been doing his show "Thank God for the Jokes" for nearly two years. He's putting it to bed, but not before this run -- which just got extended till May.

The Oscars are tonight. Can Spolight pull an upset on The Revenant? One thing's for sure: it's messed up that ANOHNI isn't allowed to perfom.