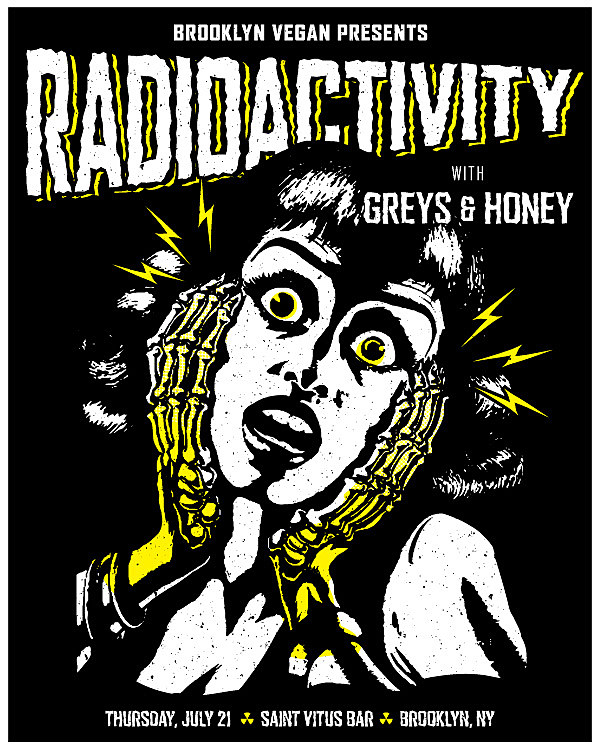 Broken Social Scene, Luke Perry @ Music Hall of Williamsburg
It's been five years since the Toronto mass that is Broken Social Scene played NYC. Ahead of their appearance at this weekend's Panorama fest, they place this small-ish show tonight.

Super Furry Animals, Chris Forsyth & the Solar Motel Band @ Webster Hall
It's been a while since Welsh greats Super Furry Animals have made an album, but we did get the great new single "Bing Bong" earlier this year, and they've certainly got no shortage of killer songs to pull from. They also remain one of the most fun bands around. Not to be missed!

G-Eazy, Logic, YG, Yo Gotti @ PNC Bank Arts Center
We're not crazy about co-headliners G-Eazy and Logic, but this bill is a chance to see YG, whose Still Brazy is one of the best rap albums of the year.

Royal Headache, Career Suicide, JJ Doll, Degreaser @ Market Hotel
Watching Australian band Royal Headache is kinda like being courtside at a tennis match, with frontman Shogun being the ball. The band’s soulful brand of punk is terrific, and they really don’t tour much, so don’t miss this chance to see them. Add in Market Hotel's vibe and you've got a sure-to-be hot mess in all the right ways. Making this even more of a can’t-miss show: Career Suicide, the pre-Fucked Up band of Jonah Falco who are now back in action.

Potty Mouth @ MoMA Summer Thursdays
Part of the MoMA Nights series, you can enjoy the poppy punk of Potty Mouth in the Sculpture Garden. Free with museum entry.

Gwen Stefani, Eve @ Jones Beach
The duo behind "Let Me Blow Ya Mind" and "Rich Girl" share the stage tonight.

Billy Ocean @ The Amphitheater at Coney Island Boardwalk
Billy Ocean by the ocean? How could you say no? Might we suggest showing up in your best painted-on jeans.

Starchild and The New Romantic, Arthur Moon, Visuals @ National Sawdust
You may have seen Bryndon Cook playing in Charilift, or Blood Orange or Solange Knowles’ band, but he also makes music of his own with Starchild & the New Romantic. He cites Prince as his biggest influence, but you can also hear a lot of mid-’80s pop R&B in what he does (Sade, Terrence Trent D’Arby, even Spandau Ballet), not to mention Parliament Funkadelic and ’00s-era chillwave.

PAT, Lefti, DJ Lina @ Union Pool
Tonight is JD Samson’s party, PAT, that focuses on “good vibes, good sound, video projection by local video artists and DJ’s that aren’t afraid to go deep.” There are DJs in the front room and the back performance space, and it’s free.