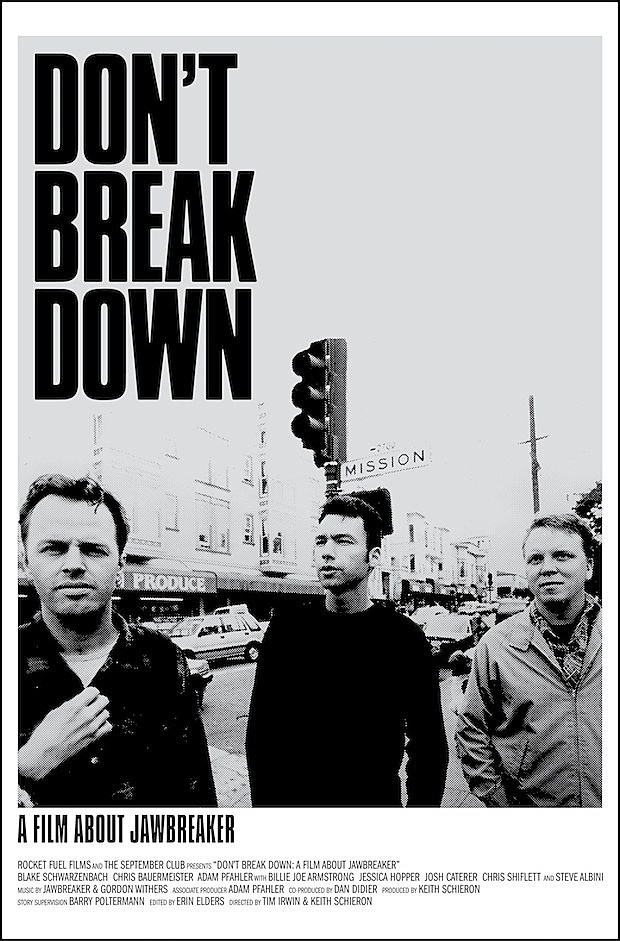 Get an early start on your holiday by checking out our NYC Labor Day Weekend Guide.  You can browse our full NYC show calendar for all of tonight's shows, but here are some highlights...

Jawbreaker documentary screening and Q&A @ Nitehawk Cinema
Jawbreaker are finally reunited for their first shows in 21 years, having recently played a tiny secret gig in California ahead of September’s Riot Fest. Along with the reunion comes the release of the new documentary Don’t Break Down: A Film About Jawbreaker, which features interviews with Billie Joe Armstrong, Steve Albini, Jessica Hopper, Graham Elliot, Chris Shifflet, Josh Caterer and more. The film made its premiere in San Francisco earlier this month, and it screens in NYC on Thursday, as part of the BrooklynVegan-presented Music Driven signature film series at Nitehawk Cinema in Williamsburg. The film starts at 9:30 PM, and it’s followed by a Q&A with Jawbreaker frontman Blake Schwarzenbach. Stick around directly after the Q&A for the afterparty in Nitehawk’s downstairs bar Lo Res, where BrooklynVegan editor Andrew Sacher will DJ an hour of punk and emo (from about 11:15 PM to 12:15 AM).

Little Dragon, Xavier Omär @ The Apollo
Sweden’s Little Dragon have been spending their summer dazzling fans at festivals around the world in support of their very enjoyable new album, Season High. Having just played Terminal 5, and ahead of weekend appearances at MoMA PS1’s Warm Up finale and Philly’s Made in America Festival, they play this historic Harlem venue tonight.

The Nude Party, Max Pain & The Groovies, Ghost Funk Orchestra @ Baby’s All Right
North Carolina’s The Nude Party have been mixing garage, rockabilly and ’60s British Invasion sounds into their own debaucherous mix for about four years now. They wrap up their August residency at Baby’s tonight.

Calvin Love @ Garden Bar
Not unlike Alex Cameron, Canadian artist Calvin Love draws influence from the neon rock of the 1980s, perfect for driving on rain-soaked city streets in the middle of the night. It's also good for a free after-work early-evening show at the Seaport's outdoor Garden Bar. 7 PM.