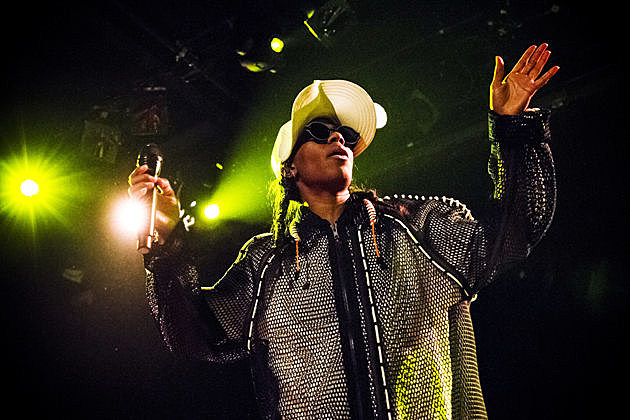 Santigold @ Rough Trade
Saintigold celebrates the release of her terrific new album 99¢ with this intimate in-store show. You need to buy a copy of the LP to attend. She'll play Hammerstein Ballroom in April.

Deradoorian, Anna Wise, White Hinterland @ Union Pool
Deradoorian put out her debut album last year, which pulled from influences from all over the world. It's a little progressive, a little psychedelic, and always strangely accessible. Tonight she begins a weekly March residency at Union Pool with different openers each night. This time it's Kendrick Lamar collaborator Anna Wise and dream pop act White Hinterland.

Desiigner, J.Y., Yung Nate, Kadeem King, Shindig @ The Marlin Room at Webster Hall
Brooklyn rapper Desiigner's profile has quickly risen thanks to a guest appearance on Kanye's new album (and a sample of his song "Panda" on that same album). He's gotten a lot of comparisons to Future -- he maybe sounds too much like Future -- but you can see what all the buzz is about tonight.