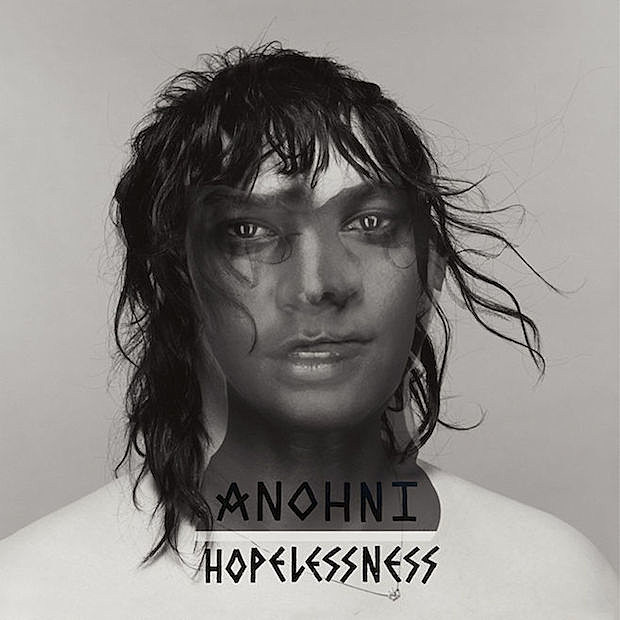 ANOHNI @ Park Avenue Armony (Red Bull Music Academy)
ANOHNI (Antony Hegarty) recently released one of the year's most powerful albums with HOPELESSNESS, which was co-produced by Hudson Mohawke and Oneohtrix Point Never. She'll debut the album's live show with two NYC shows this week, with Oneohtrix Point Never playing in her band. This is the first.

James Blake @ Webster Hall
James Blake recently returned with his third album, The Colour In Anything. It's arguably his most accessible album to date, and definitely his longest. This is his second of two small (for his standards) US shows this week, and it's sold out.

'Weiner' screening w/ Boulevards @ Industry City
Rooftop Films kicks off its 2016 season with this documentary about controversial NY politician Anthony Weiner just after his sex scandal. Preceding the screening is a live set from Brooklyn band Boulevards, and there's an afterparty sponsored by Stella Artois. Sold out.

Gwenno, Shana Falana @ Rough Trade
You might not expect a member of mid-'00s UK neo-girl-group The Pipettes to make a krautrock-leaning concept album based on a sci-fi novel and sung entirely in Welsh, but that's what Gwenno Saunders did with Y Dydd Olaf and it's pretty great.

Emmy the Great @ Samsung 837
Talented UK singer-songwriter Emmy the Great plays this free show tonight at this Chelsea event space at 7 PM. You do need to RSVP.

L.A. Witch, High Waisted @ Shea Stadium
With a name that almost sounds like it was chosen on purpose to enrage certain people, trio L.A. Witch are indeed from Los Angeles, and sport a dark bluesy sound that recalls a pitch-black Widowspeak or, yes, BRMC or J-A-U-know-what. While on tour with The Kills, they play this small headlining show tonight.

Marissa Nadler, Mary Lattimore @ Union Pool
Marissa Nadler continues to offer up haunting bare-bones folk with her new album Strangers. This is her first of two NYC shows surrounding its release, and it's worth showing up for harpist Mary Lattimore.

Kiki & Herb @ Joe's Pub
Legendary lounge/cabaret duo Kiki and Herb (aka Justin Vivian Bond and Kenny Mellman) went into retirement in 2007 but they’re returning to the stage for this run called “Kiki and Herb: Seeking Asylum!” Sold out but a limited number of tickets given away free each night via lottery.

Mike Birbiglia @ The Lynn Redgrave Theater
Comedian Mike Birbiglia has been doing his show “Thank God for the Jokes” for nearly two years. He’s putting it to bed, but not before this run which was recently extended through May.

Sebastian Bach, Santa Cruz @ BB King's
Go tonight to sing along to Skid Row hits like "18 and Life" and "I Remember You" or to try and pump Bach -- who is reprising his role as "Gil" on the new Gilmore Girls episodes -- for Stars Hollow scoop. Or maybe both!