photo: Screaming Females at MHOW in 2014 (more by Caroline Harrison) 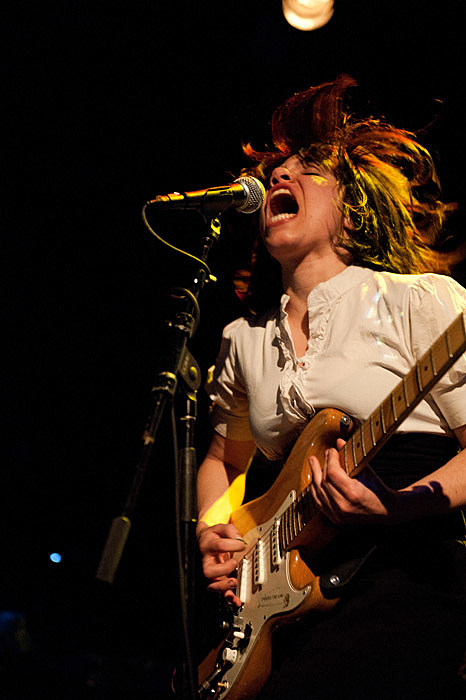 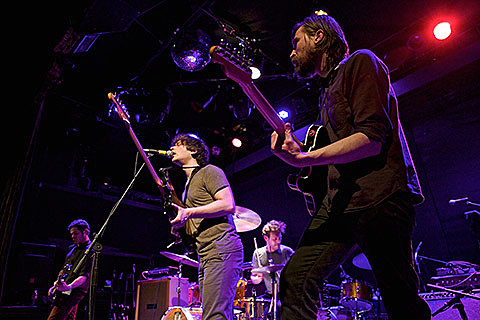 Disappears, Suuns, Christines @ Rough Trade
Chicago's Disappears just released Irreal, the band's darkest, most paranoid/obtuse record yet. That's not a bad thing and, mind you, it may sound different when they play it tonight as their songs tend to change after they've played them live for a while. Armed with an insanely good rhythm section, they're worth seeing anywhere, anytime. Same goes for Montreal's Suuns who have a similar krauty / sinister edge. Local boys Christines open and sound a little like Swervedriver. Highly recommended.

Screaming Females, Priests, Tenement, Vacation @ Knitting Factory (2 shows)
Screaming Females are already known for their shredding guitar solos, but the new album Rose Mountain has the band focusing a little more on great choruses. It's up their with the best of their previous work. Tonight's their second and third of the four NYC shows on this current tour. All three openers are killer too.

The Gaslight Anthem, Northcote, The Scandals @ Terminal 5
The Gaslight Anthem's last two albums sound built for the arenas they're probably just about big enough to play, but luckily for now they're still choosing slightly smaller rooms. (Not that T5 is some hole in the wall.) Sold out.

July Talk, The Gay Blades, Wet Leather @ Mercury Lounge
Toronto indie band July Talk sound like if Man Man and Stars formed a supergroup, and their style seems like it's catching on -- tonight's show is sold out.

Liam Betson, LVL UP, Slight, Doubting Thomas Cruise Control @ Shea Stadium
If you miss punky '90s indie rock, just about every band on this local bill should scratch that itch.

Fletcher C. Johnson, The Blind Pets, Las Rosas, Dirty Few @ The Acheron
Fans of Burger Records-style garage rock will want to hit this party hardy show with two bands from the label (Fletcher C Johnson and Las Rosas) and two that have associations with them.

Scrapers, Couch Slut, Chain Gang Grave, The Gentlemen @ 538 Johnson Avenue
Scrapers feature a former member of Roger Miret and the Disasters, and they make the kind of no-frills hardcore that sounds like a trip back to 1980. Noise/punk/metal crushers Couch Slut are just as worth seeing and even more confrontational.

Demetri Martin @ Town Hall
Master of witty deadpan one-liners Demetri Martin has been outside of NYC a few times lately, but tonight he finally brings his tour to the city proper. Tomorrow he's in NJ.