photo: Repulsion at Warsaw in 2012 (more by Greg Cristman) 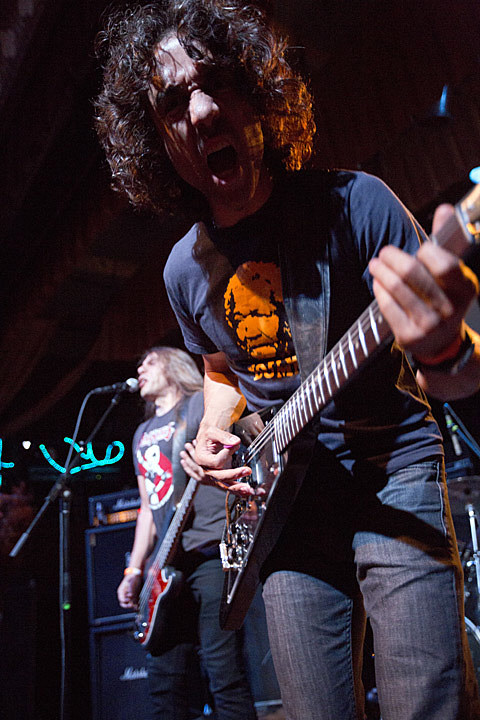 photo: some of the guests from Wednesday's Big Terrific (by Ryan Muir) 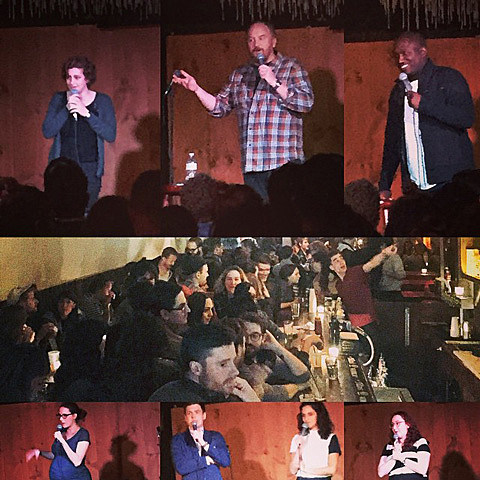 Big Terrific @ Warsaw
Williamsburg's long-running comedy night comes to an end with two big shows at Warsaw. Original hosts Jenny Slate, Gabe Liedman and Max Silvestri are all here and Joe Mande will be on hand for both shows as well. As to who else may show up at these sold-out farewells, we'll just have to wait and see.

Mobb Deep, Funkmaster Flex, Alchemist, Smif-N-Wessun @ BB King's
The legendary Queensbridge rap duo Mobb Deep celebrated the 20th anniversary of their seminal 1995 album, The Infamous, yesterday, and today they're blessing their home city with a show. It's a great lineup all around, with veteran DJs Funkmaster Flex and Alchemist on board, plus another '90s-era NYC duo, Smif-N-Wessun.

They Might Be Giants @ Music Hall of Williamsburg
This is the fourth of five shows at MHOW that They Might Be Giants are doing this year, and tonight's is a celebration of their recently-relaunched Dial-a-Song service as well as a release party for their new album, Glean.

Repulsion, Dehumanized, Skullshitter, Lucid Terror @ Saint Vitus
Repulsion were initially only around for a few years in the '80s, and their brief career resulted in the sole full length, Horrified, which was one of the earliest records to start pushing thrash metal in an even more terrifying direction that eventually became known as grindcore. They've been reunited for over ten years now, but chances to see them are still infrequent. If you're thinking about this one, don't miss it.

Today is the Day, Lazer/Wulf, Tiger Flowers, Marching Teeth @ The Paper Box
Today Is the Day returned last year with their tenth album, Animal Mother, another fine example of their noisy, shapeshifting metallic hardcore. They return to NYC tonight and this show is a great bill all around.

Jeff Rosenstock, Chumped, All People, The Moms, Sammy Kay @ Asbury Lanes
After years fronting Arrogant Sons of Bitches and then Bomb the Music Industry!, Jeff Rosenstock struck out as a solo artist and released this year's We Cool?, which is an excellent indie/punk album. If you're going, don't miss his pop-punky tourmates Chumped.

Culturama @ Trophy Bar
This pop-up vinyl shop in the back of Trophy Bar (located under the picaresque J/M line) will feature tons or rarites, still-sealed deadstock and lots dollar records, plus live vinyl DJ sets from Edan, Sean Rowlands and Thanksgiving Brown. 4-8 PM.