Swearin' at Saint Vitus in February (more by Amanda Hatfield) 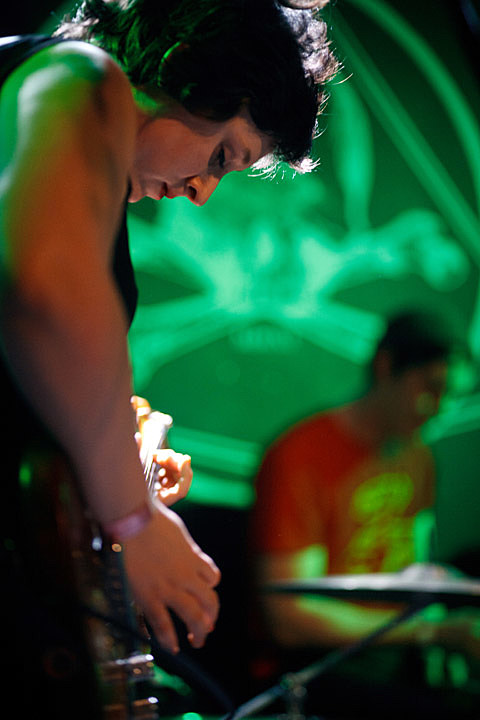 The Orwells, Twin Peaks @ Bowery Ballroom
Chicago invades NYC this weekend with their gutbomb deep dish pizza and fresh-faced bratty rock n' roll, the latter in the form of The Orwells and Twin Peaks. Should make for a fun, wild show.

Cults, Empress of @ MHOW
Shoe mogul Steve Madden is presenting this free show with anthemic pop combo Cults and Empress Of. While tickets were free, all have been claimed.

The Preatures @ Mercury Lounge
Ever wonder what it would be like if The Strokes and Haim were one Australian band. It might sound a little like Sydney's The Preatures, who were last here for CMJ. Sold out.

Richard Buckner @ Union Hall
Buckner's 2013 album, Surrounded, is somber with thick, haunting atmospheres, and some rich vocal harmonies that add a comforting warmth to the whole thing too. It's the kind of music that translates flawlessly to an intimate room like Union Hall.

Lapland @ Rockwood Music Hall
Lapland, the moniker of Josh Mease, makes ethereal folk that's not afraid of synthesizers or '70s soft rock. Tonight's show is a release party for his new album. It's a free show. You can watch a video below.

Swearin', Cassie Ramone @ Cake Shop
Swearin' deliver an excellent take on '90s rock with elements of Weezer, Built to Spill, Dinosaur Jr and more, but without ever sounding redundant. It makes for a thrilling live show too, and should get much crazier at tonight's Cake Shop show than tomorrow's much larger Music Hall of Williamsburg show. Cassie Ramone of the now-defunct Vivian Girls and The Babies opens with a solo set.

Cascading Slopes, Llamano, Listening Center @ Cameo Gallery
Cascading Slopes is the new electropop solo project from Connor of The Drums. His debut album , just out, is titled Towards a Quaker View of Synthesizers, which may give you a good idea of the band's approach. They headline a new series called ELECTRICAL NIGHTS that promised to be an  "intimate evening of analog synthesizers, education, time travel and love."

French Horn Rebellion, Damn Right!, Late Guest at the Party @ Glasslands
This show was originally supposed to be headlined by UK dancepop act New Young Pony Club who had to postpone for visa reasons. The party vibe remains, though, with FHR taking over the lead slot.